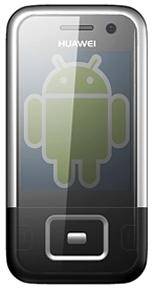 Huawei have announced their intention to bring an Android-based handset to Mobile World Congress in Barcelona next week.  According to the company’s MWC show-page, the device will be a “Smart mobile phone based on “Android” platform”; other than that, details are scarce.

Huawei have been a member of the Open Handset Alliance since early December.  That same month, the company reiterated its plans to release an Android-based device in Q3 of 2009, having first announced their intention to develop devices for Android in November.

The Huawei smartphone is not expected to reach the market as a self-branded device, with the company instead working as an ODM supplier.  We’ll be at Mobile World Congress next month, and we’ll certainly be trying to find out as much as possible about the Huawei handset as we can.