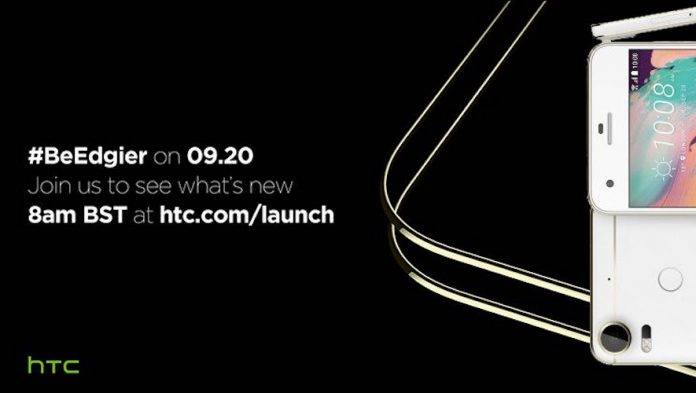 The September 20 event is fast approaching and so HTC is busy with the preps. We’re not banking on the Sailfish and Marlin (aka Pixel and Pixel XL) because they’re more Google. It’s not the HTC Thunderbolt either as we’re certain it’s going to be the HTC Desire 10 Lifestyle. The new mid-range phone was teased with a “150” detail and we have no idea what that’s for.

We noted the possibilities of the ‘150’ detail. It could be the price of the phone or the number of milliseconds to unlock a fingerprint or iris scanner. There’s also the “Be Edgier” reference that we’re assuming is for the curved edge screen similar to the S7 edge. We’d like to believe that HTC has gone in that direction and will be ready to rival Samsung.

The event is scheduled at 8AM BST which means the phone will be launched in Europe and Asia–no United States, at least, not yet. A press event that’s not scheduled to happen in the normal US time usually means the device will only be available in a few regions specifically Asia and some countries in Europe. For HTC not to announce a new product in the US means it won’t be available in the country.

This “edgier” phone may be the HTC Desire 10 Pro or the HTC Desire 10 Lifestyle. Both are tipped to have a 5.5-inch screen, 720p or 1080p display resolution, Qualcomm Snapdragon processor, 13MP main camera, 5MP front-facing camera, 2GB or 3GB RAM, and 16GB/32GB or 64GB of storage, and unknown battery.