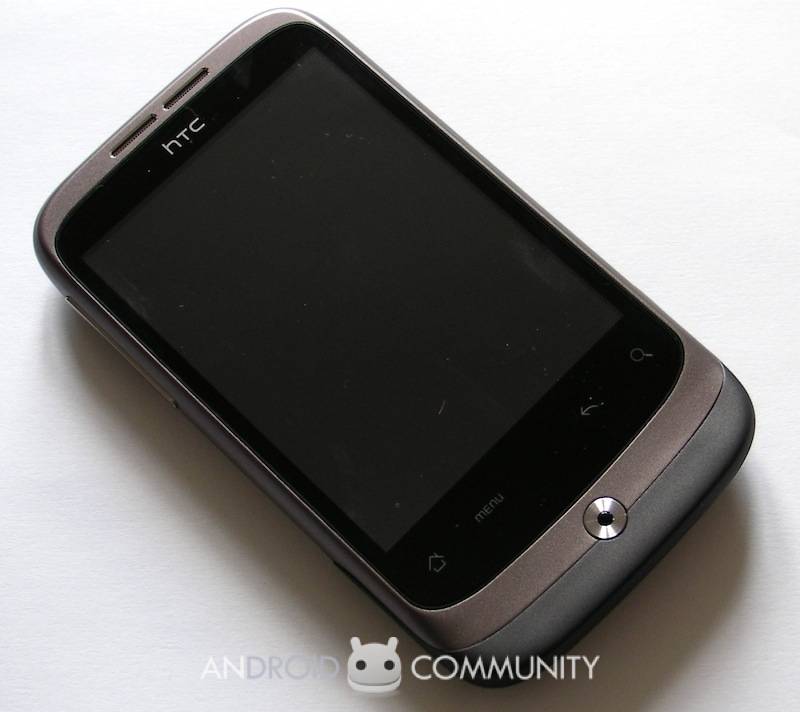 It’s turning into the day for new Android phones showing up here at Android Community – after the Samsung Galaxy S landed on our mat earlier, a new HTC Wildfire has just appeared too.  HTC’s new entry-level handset made its debut a month or so ago, and now we’ve one of the first review units in to see how well it holds up.

Aesthetically, the Wildfire cherrypicks from the rest of HTC’s range: ostensibly it’s a mini-Desire, with the same optical trackpad, but the touch-sensitive buttons under the screen and the color scheme are from the Nexus One.  Meanwhile the striped back panel looks like the back of the HTC HD2, though the middle section doesn’t remove separately.  There’s also Android 2.1 with HTC Sense, again from the Desire.

Of course, once you turn it on the more humble specifications of the Wildfire rear their head.  The display is a 3.2-inch QVGA LCD panel, rather than the WVGA AMOLED of the Desire (or indeed the HVGA of the Legend), though unlike the Tattoo it basically replaces it has a capacitive touchscreen panel rather than resistive.  That touchscreen is nicely responsive, and while the Wildfire only has a 528MHz processor it seems to nip through the menus without lag.  We’ll be checking to see how well it copes loaded down with apps, of course.

The 5-megapixel camera (with autofocus and LED flash) is a welcome carry-over from the Desire, and of course there’s the usual WiFi b/g, Bluetooth, 3G/UMTS and GPS.  Build quality is reassuringly high, and at 4.2 x 2.4 x 0.48 inches it’s a relatively compact device as well.  We’ll be putting the Wildfire through its paces ahead of its full review, so until then enjoy the unboxing & demo video and the gallery below!