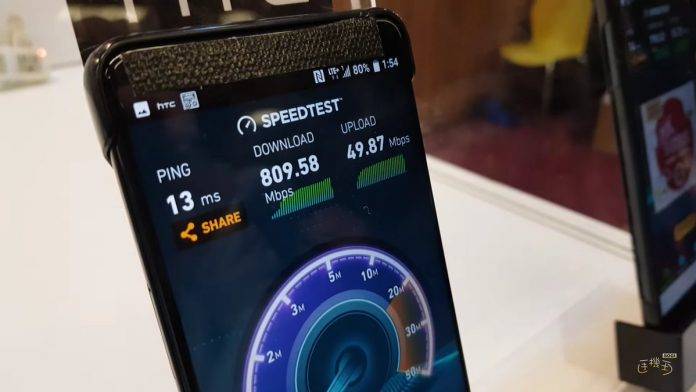 This is the first time we’re learning about the idea but the HTC U12 aka HTC Imagine was shown off at a recent event in Taiwan. We already know there won’t be a flagship to be introduced at the MWC 2018 but phones are still being developed.We’re looking at a Q2 reveal or perhaps even just after the tech event in Barcelona. There won’t be a major change yet even if the HTC employees were already formally welcomed to Google’s hardware group.

HTC unveiled a new phone that we’re assuming is the HTC U12 that was also leaked before. Some photos were published but thanks to Evan Blass for the clearer images. Details are scarce and even the company covered the top and bottom edges of the phone.

We’re expecting this will have an almost bezel-less 18:9 display on probably a 6-inch screen. Since the phone was displayed at the Taiwan 5G Industry Alliance, it is safe to say HTC is pushing for the 5G technology in the near future. At the moment, the mystery phone can deliver an almost 1 Gbps download speed (809.58 Mbps). It could be because of the latest Qualcomm Snapdragon 845 processor that features the new Qualcomm X20 LTE modem.

Apparently this lightly obfuscated handset on display at a 5G industry event is none other than HTC Imagine, aka "U12," aka the company's next flagship. https://t.co/f89KjGjEyX