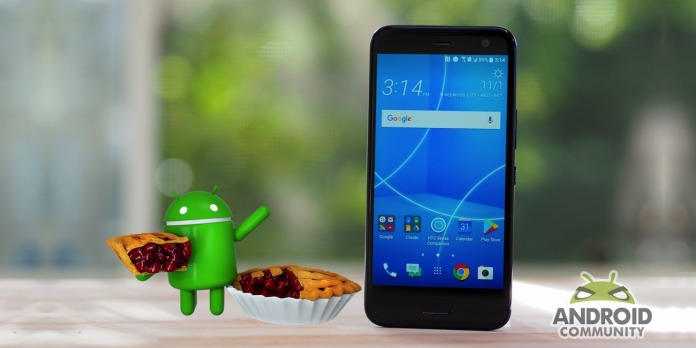 The latest smartphone to get a slice of Android Pie is the HTC U11 Life. The midrange flagship phone from HTC was unveiled in 2017. We’ve got our hands-on as proof and we told you it’s worth your money. It received Android 8.0 Oreo update same day last year and today, it’s getting Android 9.0. There is no official advisory from HTC but one avid HTC fan shared the good news over on Twitter. A certain Raul Gabriel (@raulgabriel96) said the HTC U11 Life Android 9.0 Pie Update is rolling out as he received an OTA notification.

This update makes the HTC U11 Life the first HTC phone get a taste of the Pie. There is the HTC U12 Life and even that only had Android 8.1 Oreo with HTC Sense.

We knew Android 9 would be coming to several HTC phones including the HTC U11, U11+, HTC U11 Life (Android One), and the HTC U12+. We’re not sure though about the schedule of release.

The HTC U11 Life is Android One so updates must be regular. It makes sense that it’s getting the Android 9.0 update this early as it is expected.

After the HTC U11 Life, expect other HTC phone to receive Android 9 Pie OS update as well.