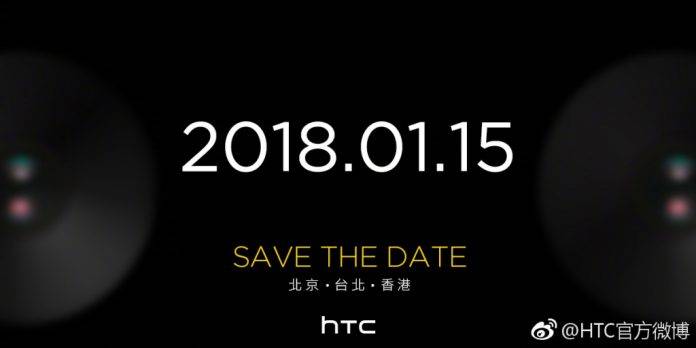 HTC is rolling out a new smartphone. After the HTC U11+, the Taiwanese tech giant is launching the U11 EYEs come January 15. HTC has posted a press invite to the launch happening in three countries in Asia. Aside from Taiwan, the phone will also be unveiled in Hong Kong and China. The phone is said to be released in Hong Kong with an HKD 3,898 price tag which is about $398.

MyDrivers shared the information and we also learned the other markets will have the phone before this month ends. When it comes to specs, the U11 EYEs is rumored to come equipped with a 5.99-inch display screen, 18:9 aspect ratio, Snapdragon 652 processor, 64GB built-in storage, 4GB RAM, dual-LED flashlight, single lens rear camera, rear fingerprint sensor, and a non-removable 3930mAh battery.

There’s no mention when will be the release date or availability but we’re crossing our fingers during the first quarter of the year or at least just before other OEMs introduced their new phones at the upcoming Mobile World Congress in Barcelona, Spain next month.

Evan Blass aka Evleaks also shared some information. The HTC U11 EYEs is said to have a 6-inch FHD+ display, Snapdragon 652 octa-core chipset, 64GB onboard storage, 4GB RAM, 3930mAh battery, USB-C, and of course, the Edge Sense. The phone will only run Android 7.0 Nougat topped by Edge Sense.