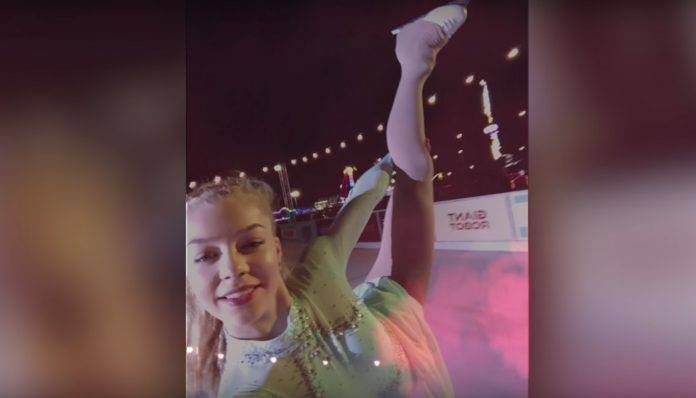 At a time when a lot of OEMs are actually creating selfie-focused devices, it’s not surprising anymore that we get several ads that will show off their selfie features. But what is surprising about this new ad for the HTC U11+ is not just how bad it is but how they didn’t even try to fix how it looks like. It didn’t bring out the best qualities of its front-facing camera the way they probably intended to do so.

HTC actually has a history of producing not so stellar commercials and this will probably join that list as well. The concept was probably good on paper, with English ice skater Danielle Harrison doing her routine on the ice while capturing photo and videos on her HTC U11+. They decided to do the shoot in a skating rink with bad lighting and so that last shot of her with the actual selfie she took was comical at best. It also isn’t a great endorsement of the selfie camera of the device.

Some were commenting that the point wasn’t to take an amazing picture but that it was possible to take a selfie even while you were just holding the camera with one hand and trying to do acrobatic, bendy, ice skate-y things. But still, it’s not a good sign that the photo is less than stellar. And it’s not surprising since the HTC U11+ has a just decent 8MP selfie camera. The lighting conditions in the rink at night weren’t also the best, hence the lambasted final shot of the ad.

We applaud HTC for their “truth in advertising” stance in putting up that actual photo, but let’s see if they will be able to fix this in terms of making their selfie cam actually look good.