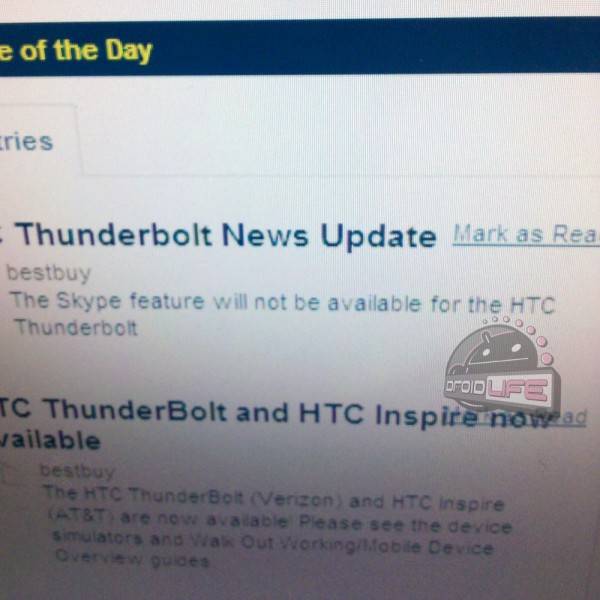 The bad news continues to mount for the HTC Thunderbolt as word is getting around that video chat using Skype will not be available when the 4G phone reaches customers on February 28th. A leaked page from BestBuy.com shows Skype’s video chat feature will not be available as planned. But slipped dates are nothing new for this HTC Phone. As you recall from last week, it’s launch date slipped a week. So chances are, we’ll see Skype video calling down the road, but the question is, when?

We know that video chat can work on the Thunderbolt as Skype’s CEO demo’d it during CES, last month. But one factor that may be affecting it using the 4G network could be Skype merger with Qik, which was announced last month. It wouldn’t be all that surprising if software integration is taking longer than planned. It’ll probably eventually make it to the Thunderbolt, but if users can’t wait, they could try the hack we published last October for at least a 3G video chat.