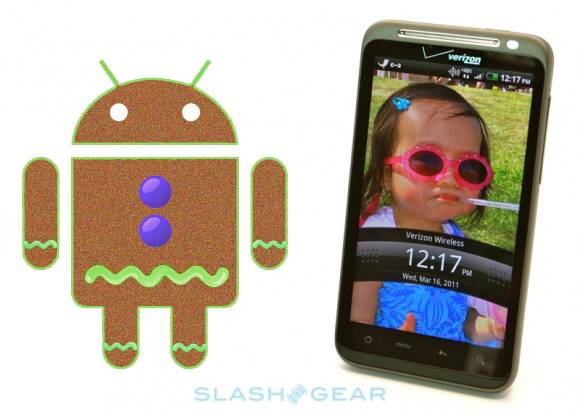 A frustrated HTC Thunderbolt customer trying to troubleshoot an compatibility issue with Bluetooth nearly forgot all his troubles this week. In an email reply, HTC reps responded that the Thunderbolt will be getting an update in the second quarter of the 2011 that while not addressing the Bluetooth issue, will bring Android 2.3 (Gingerbread) to the 4G handset. Of course, that’s HTCs time table. It will also have to clear Verizon before a roll out will commence, but the list of improvements look to really boost what is already a killer Android handset.

We are excited to announce that the Thunderbolt will receive the Gingerbread update in Q2 2011. Stay tuned for details as we get closer to the update availability.

The list of Gingerbread improvements include UI refinements which promise to speed up the experience, One-touch word selection and copy/paste, Improved power management,
Internet calling, better gaming performance and graphics management. It’ll also come with an open API for native audio, a new media framework fully replaces OpenCore, AAC encoding, and a host of behind the scenes network improvements. But the one thing still missing in the list of updates is improved battery life, which has been dogging the Thunderbolt since day one. HTC has addressed the issue with an optional, rather bulky 2750 mAh battery, which hopefully will ride users throughout the day. And for another $50, it had better.

The HTC Thunderbolt is a screaming fast 4G handset considering it only has a 1 Ghz single core processor. It has a 4/3″ screen and 768MB of RAM with 8GB of internal storage. And although it will be running Android 2.3 (Gingerbread) after the update, it will still have to contend with HTC Sense as an overlay. For more on the Thunderbolt, check out Slashgear’s review. And get ready for a Gingerbread summer!