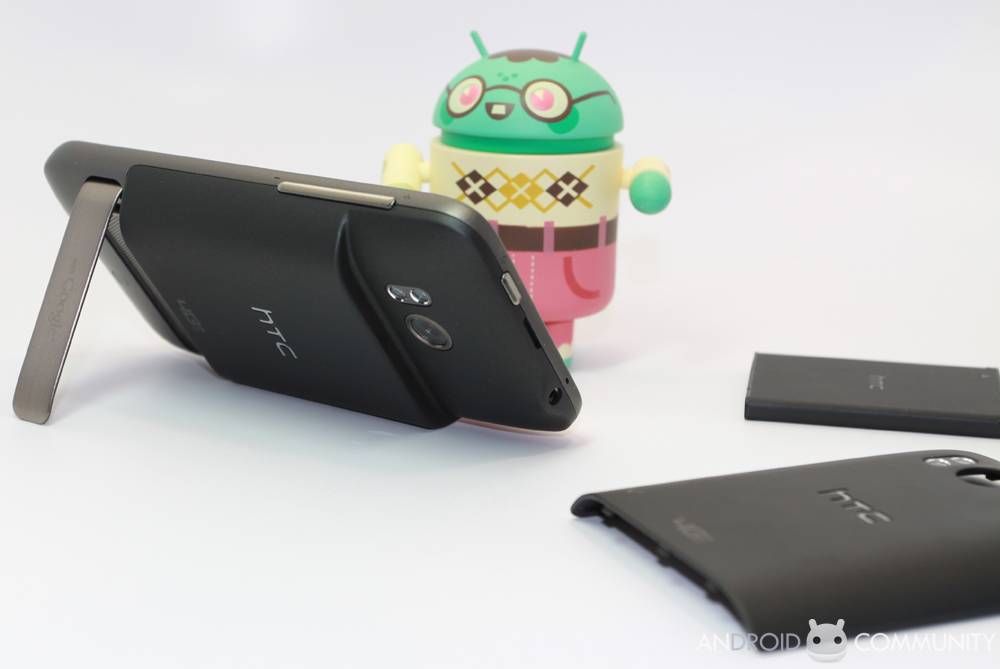 SO we found out that an extended battery pack for the HTC ThunderBolt existed and we did the right thing – jammed out to the store and picked one up. This battery pack has the 4G LTE mark on it on the bottom, an HTC sticker in the center back, and it’s fat. It’s definitely made for the product, as the edges do indeed meet up with the sides of the handset, but it’s fat. Very fat. That doesn’t mean that we’re not going to use it, however, as long battery life is something we LOOOVE.

Here we’ve got a few photos of the situation you’re going to be in when you attach this battery to your brand new ThunderBolt. You’ll notice that the battery itself is more than double the size of the old battery, while its said to double the battery life – we’ll hand you some tests of this when we’ve sent the phone through the everyday test. The old battery is a mere 1400 mAh while this new one is a monstrous 2750 mAh that we’re hoping will bring us through the day. 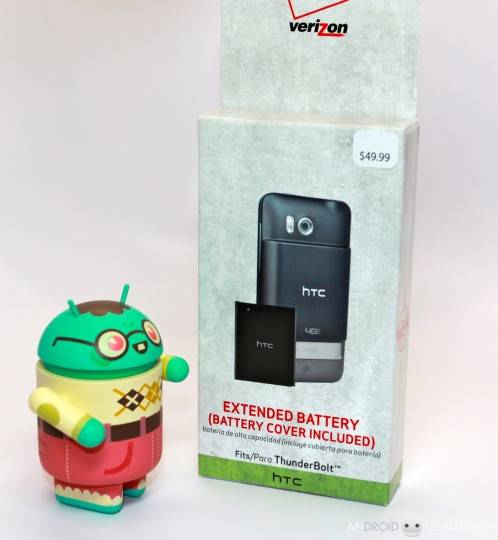 You’re able to purchase this battery for right around $50 at Verizon, while at most (all?) locations if you’d like a second one (for if you’re going into the forest for a few days, I suppose,) you can get the second for half-off. That does beg the question though as to weather the device should have had a big fat battery like this in the first place, or if sending it out with such a short life was the right thing to do.