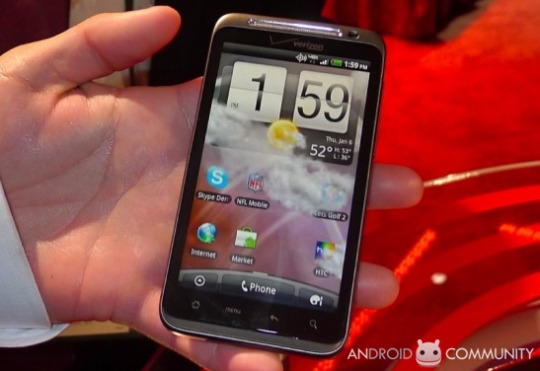 It’s taken them long enough, but Verizon Wireless has finally attached an official release date to the HTC Thunderbolt. Set to be the first 4G LTE smartphone to arrive at the carrier, the Android-based Thunderbolt will go on sale March 17 priced at $249.99.

That’s with a new, two-year agreement of course. In return, you get a 4.3-inch WVGA display, 8-megapixel rear camera, 1.3-megapixel front camera, 1GHz Snapdragon processor and 8GB of onboard storage (with a 32GB microSD preloaded).

Verizon is suggesting users will see 5-12Mbps downloads and 2-5Mbps uploads in 4G areas, and will be throwing in free Mobile Hotspot usage until May 15. After that it will cost $20 for 2GB per month, on top of the regular (and mandatory) 4G data plan, which is $29.99 for unlimited on-device access.

BASKING RIDGE, NJ — Verizon Wireless and HTC today announced that the ThunderBolt™ by HTC, exclusively from Verizon Wireless, is available on March 17 in Verizon Wireless Communications Stores and online at www.verizonwireless.com for $249.99 with a new two-year customer agreement.

Mobile Hotspot will be included through May 15 for no additional charge. After May 15, customers may choose to activate Mobile Hotspot for $20 for 2 GB of data per month. Customers can track their data usage by downloading the My Verizon app available in Android Market or by logging on to their My Verizon accounts online at www.verizonwireless.com/myverizon.