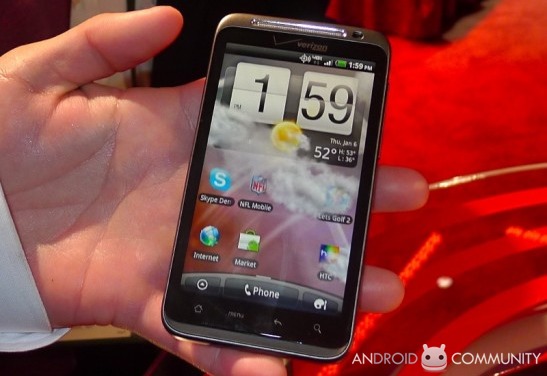 We’ve got a bit of an inside source who has come forth from the state below yours truly, from the city I love best in this most cheesetastic of states, Madison, Wisconsin. This source also has the most awesome of names, Chris, and has spoken with a Verizon Representative that’s given him new info on what’s become the most popular set of subjects surrounding the HTC ThunderBolt in these most current weeks: when is the ThunderBolt coming out, and why hasn’t it come out yet?

First of all, Chris asked this Verizon representative why the phone hadn’t yet been released even though the crowds of Android fans were more wild and ravenous than a pack of starving crazed weasels – she said that even though the original release date was officially February 24th, 2011, Verizon had a problem with the switch between 3G and 4G LTE. This representative for Verizon said that the group was not satisfied with data switching between the two connection speeds, and that the transfer between the two connections was not as “seamless” as they truly desired.

Finally, the Verizon representative let it be known that she did not know the exact release date of the HTC ThunderBolt, but that she knew it would not be coming out this week because of the iPad 2 release. Her exact words, apparently, where “we don’t know but we have the iPad2 coming out this week” to which our tipper asked “so not this week” receiving a friendly smile and head nod.

Thank you Chris for asking this seemingly very friendly Verizon rep for information in such a way that would make her feel like sending it unto the world was not a crime. And to you reps in the stores – tell us everything you know! We promise not to tell anyone but our friends.