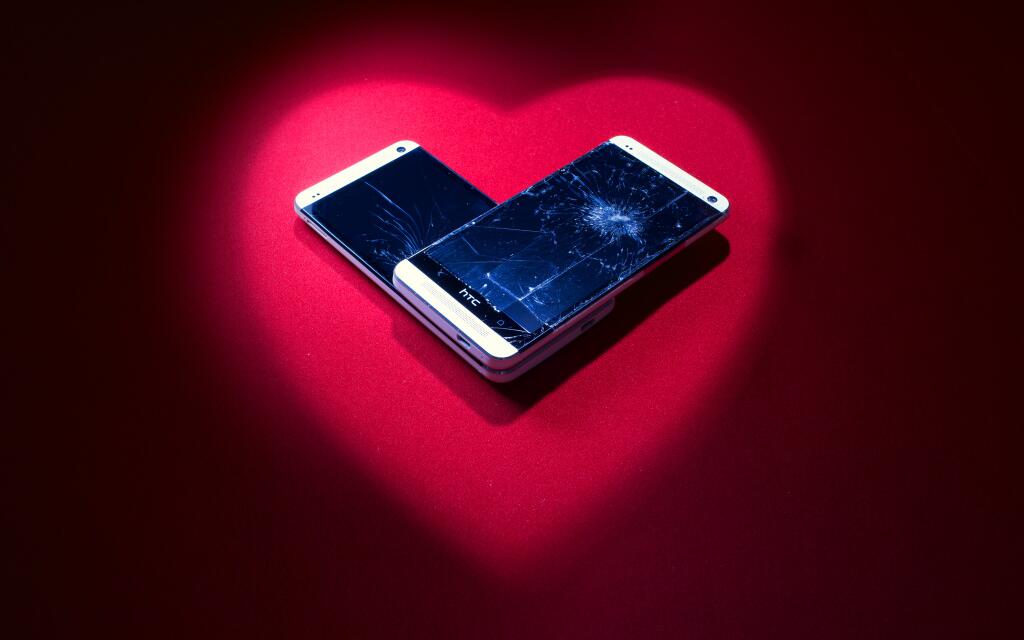 Ever broken a phone? You drop it, the screen shatters, and you’re left with something resembling a device you loved five seconds ago. Getting them fixed can be expensive, too. HTC is teasing something new when it comes to smashed screens.

Via Twitter, HTC shows two broken Ones in a heart-shaped light. The caption reads “If only broken hearts were this easy to fix. Details 2/18.” Broken, fixed, and details four days from now. What is going on here, HTC?

There could be a new program from HTC, wherein they cover the cost of a repair. Phones break pretty often, and if they offered a free screen replacement per device, that could entice some over to the HTC side. The clumsy among us, at least.

It could also be a new screen material, or method for repairing the device ourselves. Though not easy or cheap, replacing a broken screen is possible. If HTC has come up with a way to swap out a screen without all the fussy work currently involved, that could also be attractive to consumers.

If you’re anxious to know what’s going on with HTC and broken screens, check out their AMA. Though they are saying via Twitter the details of this broken screen/heart thing will come out on the 18th, maybe you can drag it out of them sooner. Starting in about 30 minutes, HTC is going to take all your questions. Who knows, maybe yo’ll have luck getting them to answer you about this broken screen thing!