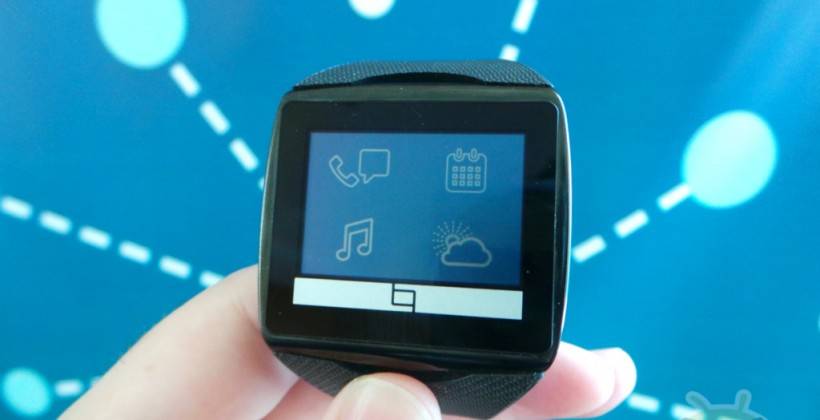 Given how smartwatch announcements seems to be the fad these days, people have been going around the rumor mill immediately after HTC announced that it will be dipping its toes into the wearables market. Now the company is rumored to have three of them, two smartwatches and a rather strange wristband, ready for MWC 2014 next week.

Of the two smartwatch rumors, the least surprising one is that HTC‘s own clockpiece will be based on Toq, Qualcomm‘s own take on the device category. This will practically give the HTC smartwatch the same properties and limitations that we encountered in our hands on here. This might also be the best path for HTC to take if it neither has the resources nor the time to design and develop one from scratch. If true, the question will be whether an HTC smartwatch will have a negative impact on sales of the Qualcomm Toq.

But it seems that HTC isn’t content on just one smartwatch. It is also rumored to have another one prepared, this time making use of the usual AMOLED display technology instead of the Mirasol display on the Toq. The features of this smartwatch is said to revolve around Google Now, implying a certain amount of voice recognition and audio feedback. It will most probably be running Android, then, though how much of the mobile platform will be exposed to the user is still unknown.

Finally, there is also word of an HTC wristband that, among other things, can play music. It sounds like an accessory that is targeted at more sports-minded fellows, though the music player feature sounds a bit out of place. It seems hardly ideal for HTC to have three almost similar devices in the works simultaneously, but it might be the company’s way of playing it safe. It might also use the Mobile World Congress to gauge which of the three the public will prefer the most and can the other two that don’t end up catching much attention.