HTC has trademarked “HTC Sensation” in the EU, leading to speculation that the company plans to develop a new version of its HTC Sense interface. One suggestion is that HTC intends to use “Sensation” on its upcoming tablet models; three HTC tablets are expected to debut in the first half of 2011, including the HTC Flyer.

However, the broad description of the “HTC Sensation” trademark – which includes user interface software, computer hardware and software for voice calls, video calls and more, and even accessories – could suggest that this is more a marketing phrase than a specific development for HTC products. HTC could be looking to brand the “HTC Sensation” of using one of the company’s devices. 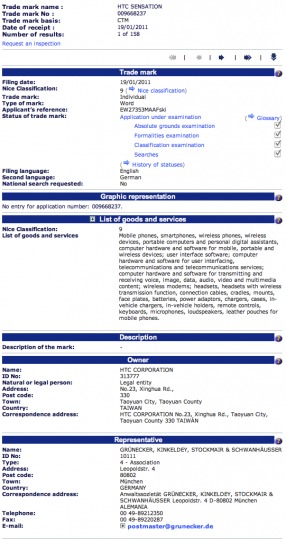