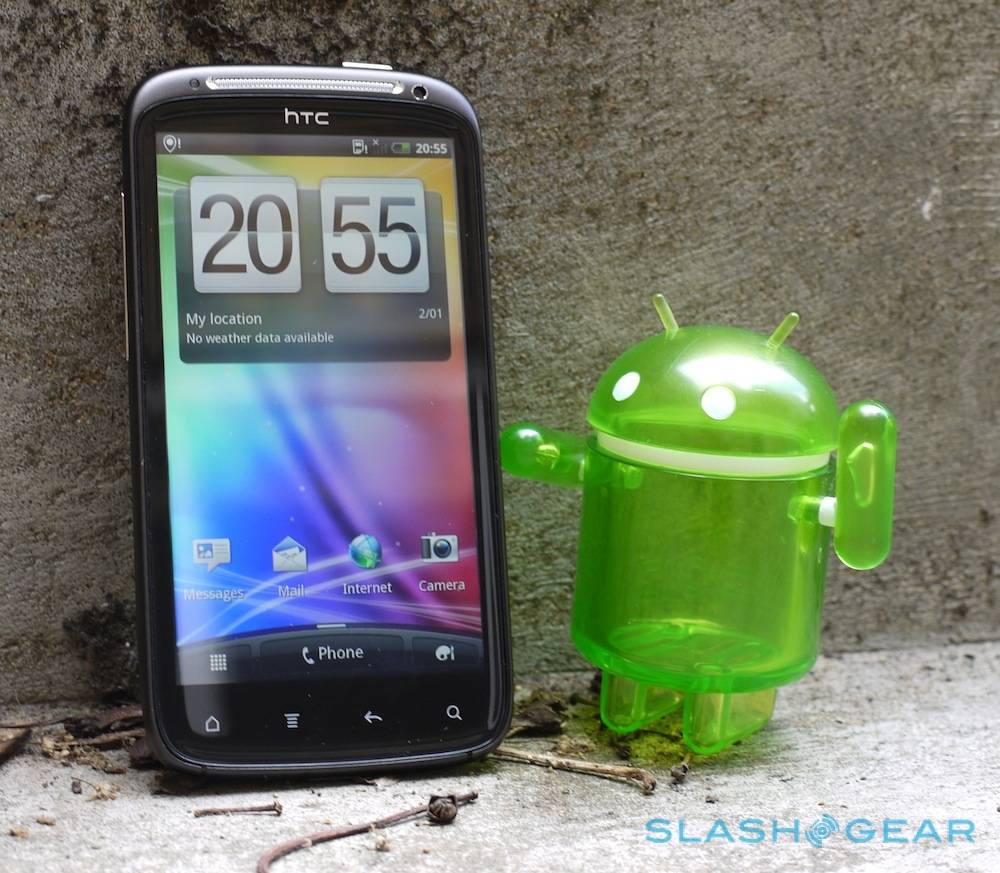 Our good pal Chris Davies has his hands on the brand new powerhouse in the HTC Sensation, that phone that for the longest time was codenamed “Pyramid” and is now HTC’s newest and most powerful effort. This device has a 4.3-inch display, runs a qHD 960 x 540 pixel resolution display, has a Qualcomm 1.2 GHz dual-core MSM8260 processor, and has a 3.0 version of HTC Sense, a lovely new version with an smart lock-screen and HTC Watch for downloads and video rentals. Behold HTC’s strongman in action!

Inside the box you’ll find the usual: USB AC adapter, USB to microUSB cable and a wired stereo headset with in-line controls. There’s no MHL-to-HDML adapter even though the plug you’ll find at the bottom of this device is definitely capable of making use of such an accessory – on the other hand, DLNA streaming support over WiFi b/g/n needs no such wire so you’ll be able to access that out of the box. Additional accessories for the future include a charging dock straight from HTC – even without this you’re allowed to boot directly into dock mode on the HTC Sensation, showing weather and Facebook updates on the fly, turning on mobile hotspot functionality at will.

You’ll notice the update to the chassis immediately upon viewing, with a giant swoop along the back and raised and toughened glass up front with a lip of plastic that accents the slightly rounder sides than every other 4.3-inch HTC phone before. This ain’t no ThunderBolt, if you know what I mean. 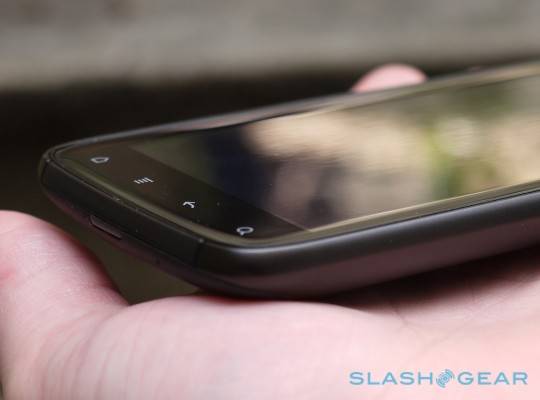 You’ll see instantly that this lip rim serves to add a tactile feeling whilst your thumb slips back and forth across the screen as well as serves as a means to keep your display screen off whatever surface you’ve placed your phone face-down onto. This same lip comes off with the entire back of the device when you want to access your battery and SIM and microSD slot for changing action. 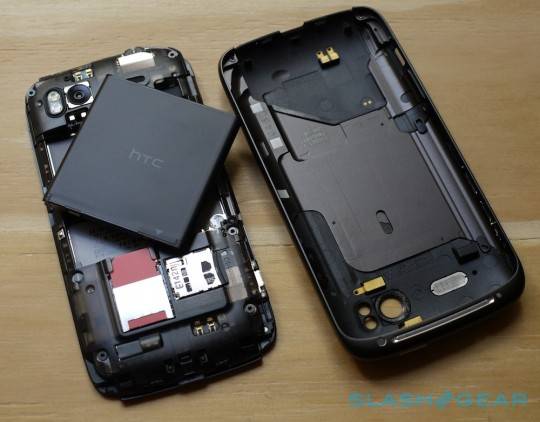 Upon first glance it appears that Android and Sense are moving fabulously quickly on this new dual-core chip, any choppiness or jerkiness experienced when Davies first had his hands on this device are gone now in this store-ready version. Benchmarks in Quadrant Advanced racked up a lovely 2245 overall with 5918 in CPU. Certainly good for a start. Davies notes the following ominous warning: “let’s just say this: the Samsung Galaxy S II has got some serious competition.” We shall see! Check out Chris’s version of this unboxing right on over at SlashGear.