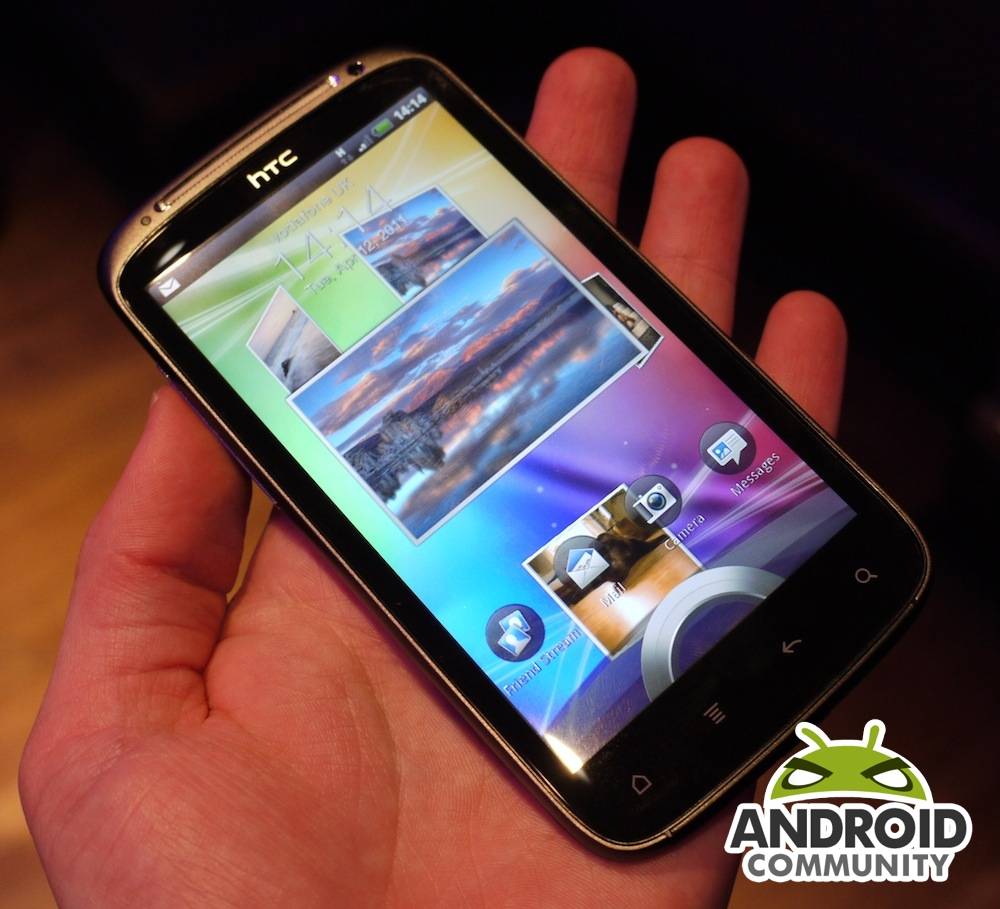 We’ve grown used to HTC rolling out solid, compelling Android smartphones, but the HTC Sensation threatens to take things to another level. A slick unibody design that’s both narrower and thinner than the HTC Desire HD yet still manages to accommodate a 4.3-inch qHD display and 1.2GHz dual-core processor, the Sensation promises both speed and usability in spades. Read on for the Android Community first-impressions.

HTC’s metal stylings have grown increasingly refined over the past few years, and the Sensation is no different. Smooth edges nestling neatly into the hand, the slightly concave touchscreen is easy to use and responsive, and indeed the whole Gingerbread OS whips along nicely. There are no shortage of bells & whistles to the UI, either, with various new 3D effects as you slide between homescreen panes, an updated weather app with richer animations, and menus that generally open and transition with zero lag. The core apps have had a sprinkle of magic dust too, so you get the option of body-text previews in the HTC Mail app (either 2, 3 or 5 lines along with the sender and subject) and a Video Trimming function to pare down 1080p HD stereo clips recorded with the 8-megapixel camera.

The display is bright and vivid, with the S-LCD screen technology being color-saturated and crisp. That – along with the 16:9 aspect ratio – makes it ideal for watching movies, and of course there’s HTC Watch to satisfy that. The new rental/purchase store will offer either carrier billing or credit card payments, depending on your choice of operator, and supports 3G/WiFi trailer previews, optimized downloads of full content (over WiFi only) that start playing within 10s thanks to some smart buffering, and the ability to access content rented or purchased on up to five HTC devices.

Unfortunately, you can’t watch the same content on your PC or Mac, thanks to DRM limitations, which leaves you reliant on the HDMI connectivity for putting clips on a bigger display. HTC won’t be bundling the HDMI dongle in the box with the Sensation, at least initially, but it will be offering two versions: one powered by the Sensation itself, and another with a separate USB port for powering it and recharging the phone. A dock is also in the works, and the HDMI offers not only video playback but general screen mirroring, useful for browsing on your HDTV or even using a remote log-in app and taking charge of your PC desktop from afar.

Unfortunately there’s no OnLive gaming, nor the HTC Video Chat app shown on the Flyer at MWC 2011. The former may eventually make an appearance, when HTC has ironed out licensing issues in all territories, but the latter is still being held up by cautious carriers and HTC has no timescale for its release. Still, Skype and other generic video calling apps will be able to use the Sensation’s front-facing camera. 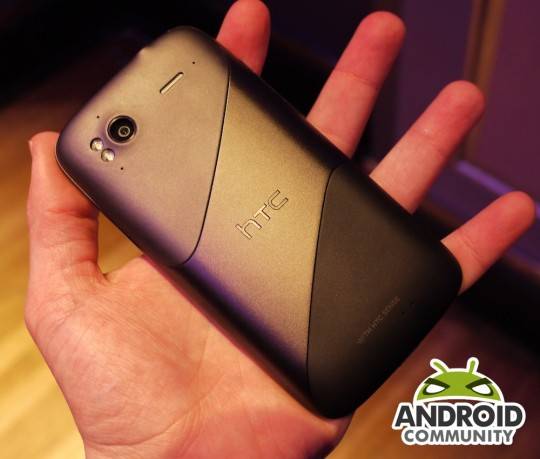 While the HTC Sensation will break with tradition and see a global launch – in the US with T-Mobile as the HSPA+ toting HTC Sensation 4G, in Europe with, initially, exclusivity to Vodafone, and on unspecified Asian carriers – there won’t be a single SKU with 3G/4G bands for all territories. Instead, somewhat annoyingly, there will be different models for each. HTC tells us it’s a compromise to help keep the Sensation slim, as is the combination microUSB/HDMI port and absence of a physical camera shortcut.

Nonetheless, we can’t help but come away impressed by the HTC Sensation. As a device to take on the Motorola ATRIX 4G or Samsung Galaxy S II it’s everything we hoped it would be from the pre-announce rumors, and the combination of slick design, optimized software and HTC’s useful online suite of services (including remote access, sync and tracking) add up to a compelling package at the top end of Android devices.