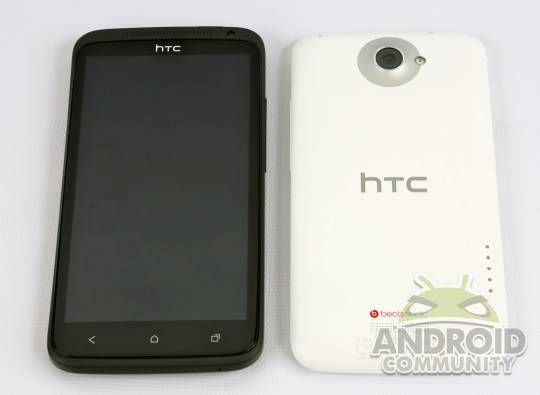 If the ITC’s blockade of HTC handsets (ostensibly at Apple’s request) gets your blood boiling, you may be able to skip the blood pressure medicine this morning. The Taiwanese smartphone maker stated yesterday that some of its models have made it through US customs, where the International Trade Commission is checking them for patent ruling compliance. Unfortunately HTC didn’t say which devices were getting through, or how many.

The AT&T One X and EVO 4G LTE have been the hardest hit in Apple’s patent spat, with the former seeing little to no stock at AT&T and the latter missing its launch date entirely. There’s also some cursory evidence that HTC’s Amaze 4G model is being affected. HTC stated earlier this year that software changes to its phones had worked around Apple’s nebulous patents, but apparently the ITC didn’t get the message.

Each imported HTC model must be reviewed by Customs and will be released once Customs officials have completed the inspection. Some models have gone through inspection and been released to our carriers customers. We don’t have the status of each specific device model at this time, but we are working closely with Customs. We remain confident that this issue will be resolved soon.

Assuming that all the units of a particular phone are released once they’ve cleared inspection, it’ll still take several days at the very least for stocks to be replenished. For those of you waiting patiently for the EVO 4G LTE, I’d say that the end of the week is the very earliest that we might see a belated launch. And since there’s no indication of which phones are being released in what order, it may be quite a while yet. Anyone who’s sick of megacorporations making their purchasing decisions for them (or reading patent stories) can send their complaints to [email protected]