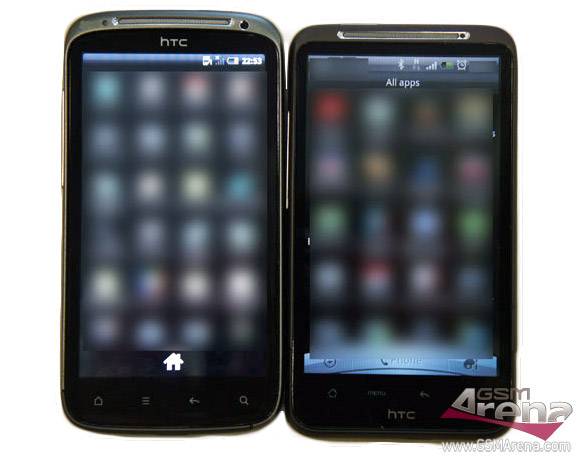 HTC just can’t seem to keep the Pyramid in its box ahead of the Android 2.4 Gingerbread smartphone’s official debut at CTIA 2011 this week; first we saw the back, with the unibody-style chassis and 8-megapixel camera with dual-LED flash, and now it’s the front that’s been spotted. Up close to an HTC Desire HD in GSMArena‘s picture, the Pyramid appears to have a higher-resolution display, going by the narrower menu bar.

That would fit in with rumors of a qHD display, like the Motorola ATRIX 4G, running at 960 x 540 rather than the more common WVGA 800 x 480. We’ve been asking for higher-resolution Android devices for ages now, so if so this could be a welcome change from HTC.

Inside we’re expecting a 1.2GHz dual-core processor, 768MB of RAM and the usual bevy of connectivity, along with the latest version of Sense.