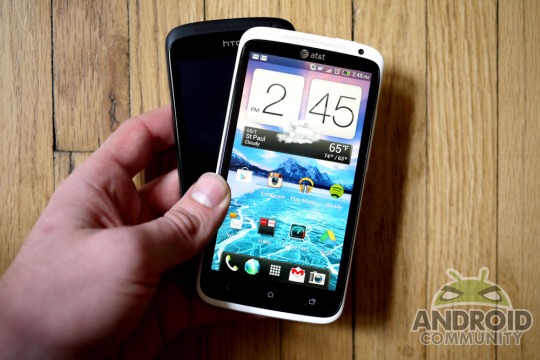 Hooray, an even larger HTC One X! Well, no – “One XL” is the name for international models of the much-loved One X with an LTE radio, instead of the standard HSPA+. (AT&T’s version of the HTC One X is an XL in all but name). The first nation to get the phone outside of the Americas will be Germany, operating one of the few LTE networks outside of Asia and North America. Vodafone, O2 and Duetsche Telecom will all get the phone in early June.

Just like AT&T’s version, the One XL will forego a quad-core Tegra 3 processor for the still impressive dual-core Snapdragon S4, the same 1.5ghz processor found on the smaller One S. Naturally Germans will still get the rest of the admirable specs, including a 4.7-inch screen, 1GB of RAM, Beats audio and Android 4.0 with Sense. 32GB of storage comes standard, and you can expand it with 25GB of Dropbox cloud storage.

The One XL should come to those areas of Europe that have LTE networks soon enough, followed by a wider rollout in Asia and possibly Australia. AT&T’s One X(L) has a frustratingly locked bootloader, but the odds of this trend continuing overseas are slim to none. It’s only the Americans that have to deal with ridiculous carrier restrictions, huh folks?