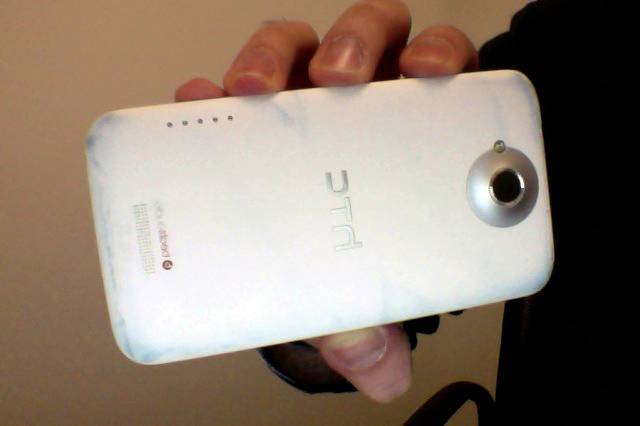 When Levi Strauss created the prototype denim trousers over a century ago, he couldn’t know that he was making what would be come one of the most popular garments of all time. He also couldn’t know that someday people would be cramming Android superphones into them. Flash forward to 2012, and some users of the white version of the HTC One X have found that the blue dye used in their blue jeans seems particularly attracted to the finish on HTC’s latest flagship.

Superficial stains can be cleaned with Windex or a similar solution. But since many users (I would assume a majority of them, in fact) keep their phones in the pocket of blue jeans on a regular basis, the dye tends to accrue on the case, especially around the corners and on the edges. There’s no way to confirm this, but I’d guess it’s a function of the One family’s Micro Arc Oxidation finish, since we haven’t seen significant dye buildup on other phones.

The black version of the One X and the other phones in the line don’t seem to have this problem, or at least it isn’t noticeable on them. So if you wear your 501s every day, be sure and pick up the black model. AT&T customers can choose between both models at the moment, though there’s no way of telling which retailers have which version in stock. If you’ve already got a white One X, you could always throw on a case. Or carry around a bottle of Windex.