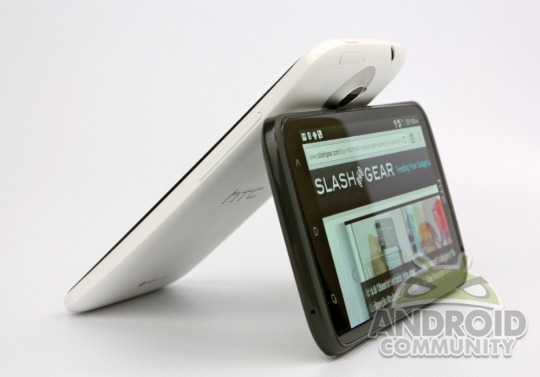 Rumors of an HTC smartphone to succeed the popular One X have been floating around for a few weeks now but today we might have seen our first solid details. An XDA Developer that is usually pretty accurate in his leaks has just confirmed — and leaked the specs of the upcoming HTC One X+ smartphone and it sounds powerful.

Just like previous reports and rumors this smartphone will indeed be running on NVIDIA’s Tegra 3 processor, only it will be the new Tegra 3+ instead. The CPU has been boosted to 1.6 GHz and a 1.7 GHz companion core NVIDIA calls 4-PLUS-1. The full details were revealed in this post on Twitter.

According to the leak, the HTC One X+ has dimensions of 134.36 x 69.9 x 9.3mm and weighs in at 129g. Then just like the original HTC One X the device has a 4.7-inch display, an 1,800 mAh battery, and 32GB of internal storage. The differences here are obviously the processor as well as a few other small changes.

He then goes on to mention Android 4.1 Jelly Bean and a new Sense UI 4.5 will be on board too. That will accompany the new Tegra 3+ quad-core processor that has been increased in speed, then we’ll still have 1GB of RAM. I’m hoping they’ve increased the battery life because in this day and age 1,800 mAh just isn’t enough — especially when Motorola’s new flagship is just as thin and comes with a 2,530 mAh battery. Previous rumors point this phone towards T-Mobile for an initial launch but I’m sure we’ll find out more come September 19th at the HTC event in NYC.