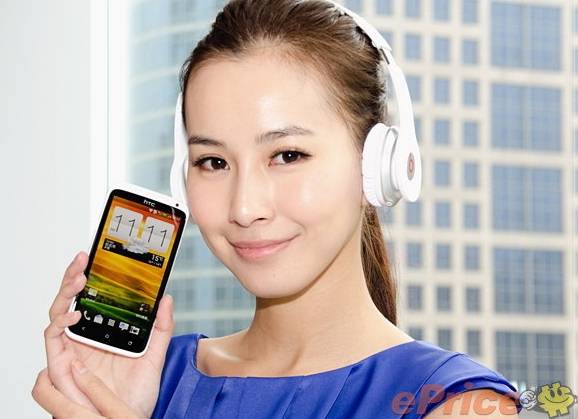 What makes a quad-core flagship phone from one of the biggest Android manufacturers in the world even more special? A pair of Beats headphones, of course. HTC has announced a new Deluxe Limited Edition of the upcoming HTC One X smartphone for the Taiwanese market, with exclusive retail packaging and an included set of Beats Solo headphones. The pre-order price for the package is 24,900 TWD, which converts to around $840 dollars. For comparison, the HTC One X itself will be the equivalent $780 including taxes when it launches in the UK, and the Beats Solo headphones currently retail for about $180.

Pre-orders for the Deluxe Limited Edition will begin on March 20th in HTC’s home territory of Taiwan. At the moment there’s no indication of a bundle elsewhere, though HTC hasn’t been shy about incorporating the Beats brand with its own products. All three members of the One family (X, S and V) feature Beats technology, though the Deluxe Limited Edition of the One X is the first we’ve seen of an actual pack-in set of headphones. While it’s possible that the is set or something like it might make it to the US, the current subsidy model would make it complicated.

The HTC One X is currently set for a worldwide release in April, though only a few markets have retailers or carriers that hve actually confirmed this. In the United States AT&T will have an LTE version, which unfortunately necessitates switching form Nvidia’s Tegra 3 processor to a Qualcomm Snapdragon S4 dual-core design. For a close-up look at the One X and its Ice Cream Sandwich/Sense 4.0 operating system, check out our hands-on post from Mobile World Congress.