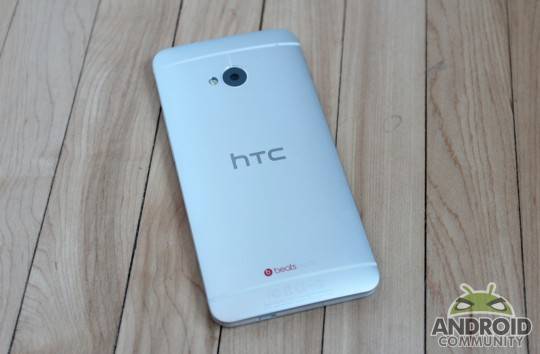 Here we go again. After Google announced the GALAXY S 4 Google Edition at their developer event last week, rumors have been flying through the wires daily about HTC doing the same. So far we’ve not heard anything concrete to back up these rumors, even HTC flat out denied the possibility. However, the original leakster of the Galaxy S 4 Google Edition is now saying a “Senseless” HTC One is coming too.

According to Geek.com who’s responsible for first reporting the GS 4 Google Edition, HTC is now deeply considering a Senseless HTC One running vanilla Android 4.2 Jelly Bean. That would be amazing, right?

The HTC One is a beautiful piece of hardware, and today we learned it’s already passed 5 million in sales, so things are looking up. If HTC then dropped a stock version to satisfy all those stock Android lovers, things would be even better. So far there’s no 100% clear answer here, but according to the report HTC is considering the Senseless One internally, and have been for some time.

The leak goes on to mention that HTC won’t be waiting on this news, and plan to announce the Senseless HTC One in the next two weeks. If that indeed is the case we’ll also learn if they’ll sell it themselves, or if it too will be offered in the Google Play Store along with the GALAXY S 4. Samsung’s flavor won’t hit the streets until late June, and hopefully HTC can come together with a similar release window.

Our only concern is how will stock Android address that Ultrapixel camera and HTC’s missing Imagesense technology. Also, how will that front facing set of speakers sound without the tweaks included with Beats Audio? If Google ends up selling both the GALAXY S 4 and an HTC One Google Edition on the Play Store for roughly the same price, which one would you buy?