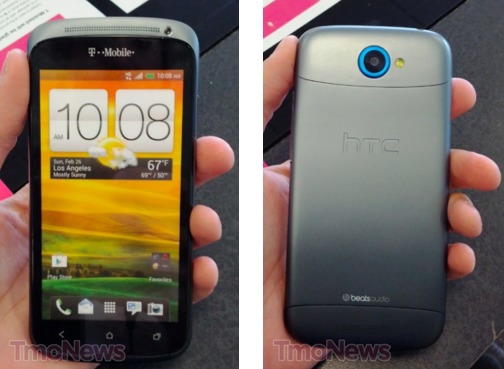 The HTC One S is headed to T-Mobile and will be one awesome smartphone for this summer. Sadly they’ve been completely quite regarding any official launch date of the new flagship phone. While we still wait for T-Mobile to confirm a date we are now starting to see dummy units arriving in T-Mobile stores, along with advertisements. April 25th could still be the day.

According to TmoNews multiple stores have received dummy and display units of the One S, along with banners and more for advertisement. Recent rumors have claimed the phone will arrive on April 25th, along with some internal documents stating the same date from T-Mobile themselves.

The T-Mobile launch party is set for April 18th where they’ll show the world their T-Mo branded version of the new phone, and most likely announce availability and pricing. So while we still don’t have a clear date, the world will know come the 18th. We still expect the phone to launch inside of April but will have to wait and see. In case you’ve missed any of our reviews and benchmarks of the new One S hit the links below for all the info.