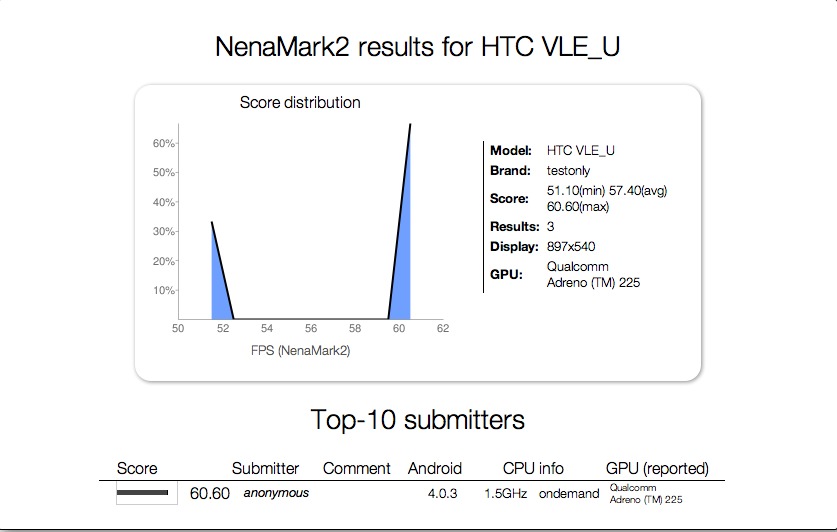 The HTC One S was unofficially confirmed yesterday through the leak of an internal T-Mobile document. The leak exposed a few accessories for three upcoming devices. Though termed the “HTC Ville”, we know that refers to the HTC One S. Early NenaMark2 benchmark results have surfaced for the device, and they sure don’t disappoint.

This is the type of phone HTC fans have been waiting for; its got HTC’s great build quality, ICS, and a super slim metal 8mm unibody. With the HTC One X and One V, the One S will be shown of this coming Sunday, February 26 at 8:30PM in MWC. Of course, we’ll be there reporting live and will let you know anything and everything they unveil.