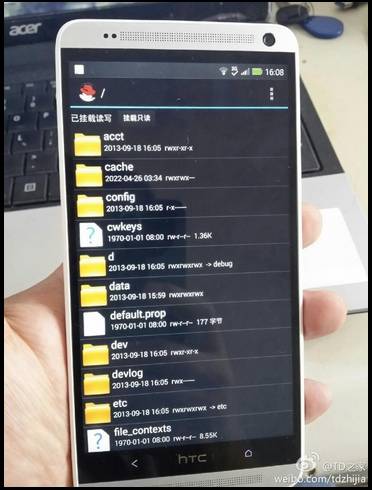 The HTC One Max has yet to be officially announced, however it doesn’t look like that is going to stop the details from leaking. We have seen plenty of leaks over the weeks and months, with some of the more recent showing the handset side-by-side with the Galaxy Note 3. As of today though, it looks like the One Max has been rooted and there is also some detail in terms of the camera features.

Not to mention, the source that has shared these latest details was also speaking about the fingerprint sensor. According to details that were provided, that little square on the back of the handset is indeed a fingerprint scanner. The details on the sensor were on the light side, but it does appear as if it works as one would expect and/or hope. The leaker noted that he “spent a few days” with the setup and that the “fingerprint recognition rate is very high.”

Otherwise, in terms of the root access, an image of the handset was provided and can be seen above. Perhaps slightly more interesting for some though, the camera features were also shown in a few images. These images can be seen below and are offering a look at a few available options. Some of the camera related goodies will include dual camera as well as Beauty Face, HDR and Panorama. 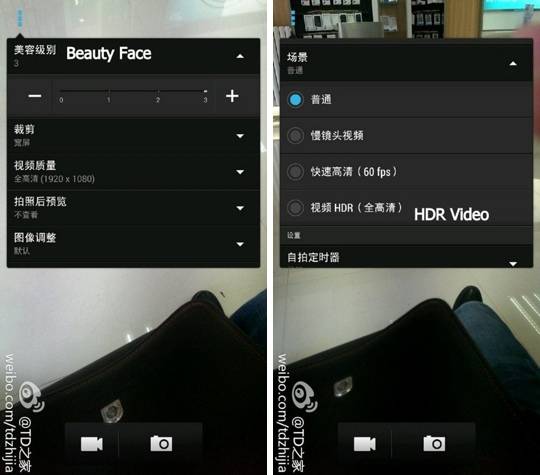 The dual camera setup sounds similar to what we have seen from Samsung with Dual Shot. Basically, this would allow the user to simultaneously capture an image using the front and back camera. Despite some earlier speculation, it would also appear as if the One Max will not have a stylus.

But again, this is all rumor and speculation and nothing is official until we hear it direct from HTC. We are expecting the One Max announcement to happen in October and in the meantime, is seems very likely that the rumors and leaks will only continue up until that point in time.