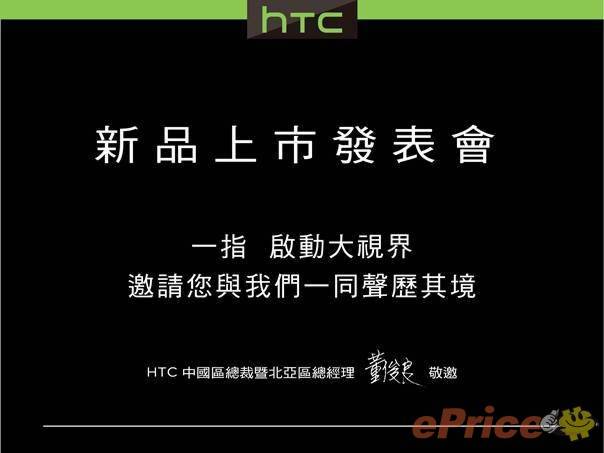 HTC One Max rumors and leaks have clearly gone into overdrive. These leaks have been ongoing for quite sometime and up until today it did not appear as if they would be stopping any time soon. Well, it looks like HTC has begun sending out some announcement event invitations. Granted, this will likely not stop all the rumors, however it should at least keep them at a manageable level.

Not to mention, it should provide us with some official details in terms of specs. The event invites seem to be hitting various markets at this point. The folks at ePrice have shared some and these seem to be lining up with those earlier leaked dates. A date for China has been set for October 15th and a date for Taiwan has been set for October 18th. There also appears to be a date set for Hong Kong — October 16th.

Simply put, the mid-October timeframe appears to have been accurate. So far though, we have yet to see anything in terms of a US announcement. With that in mind, while there had been some doubt as to where the HTC One Max would be available, a recent leaked showed the handset sporting Verizon Wireless branding.

Shifting away from the announcement events and there has also been some further discussion on the fingerprint reader. This latest is coming by way of The Wall Street Journal Digits blog where they are reporting the HTC One Max will have the fingerprint sensor. They have also said “it’s unclear what kind of applications its fingerprint sensor will have, or whether it could be used to authorize app purchases or other transactions as with the iPhone 5S.”

Along with the mention of the fingerprint sensor, the Digits blog also touched on the announcement, stating that people familiar with the matter have told them HTC would be announcing the handset on October 15th. Otherwise, the HTC One Max is expected to arrive with a 5.9-inch 1080p display, Snapdragon S4 Pro processor, 2GB of RAM, 3300 mAh battery, 2.1 megapixel front-facing camera, UltraPixel rear-facing camera and options for 16GB or 32GB of internal storage.