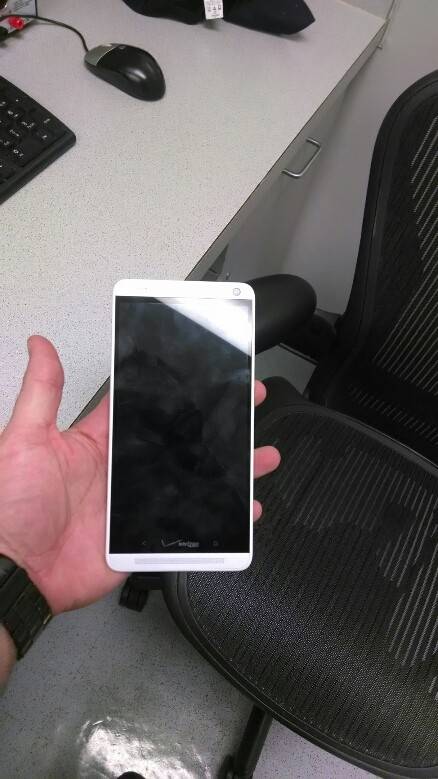 It’s still not here, but if this pair of leaked photos are the real deal, then the HTC One Max might be coming really soon now. And when it does, it’s sure to at least land on Verizon‘s shelves as these photos are pointing out.

HTC‘s phablet is probably long overdue, but it’s probably better late than never. At least, we’ve got tons of leaked information and photos that reassures us that the device isn’t just a mythical beast. When it does come out, it is expected to at least be competitive with the latest smartphone flagships, sporting a quad-core 2.3 GHz Qualcomm Snapdragon 800, if not a lower Snapdragon S4 Pro, 2 GB of RAM, a large 5.9-inch 1080p display, an equally large 3300 mAh battery, and, for the audiophiles out there, Beats audio.

Although we’ve already seen what are purported to be real HTC One Max units in the wild, this is the first time we’ve been treated to one that is specifically meant for the US market. Shown in the photos is Verizon’s logo sitting nicely in the middle of the capacitive buttons at the bottom. Whether you agree with the placing or not, there really isn’t any other location Big Red can conspicuously put its brand, given the phone has very thin borders and no physical button. 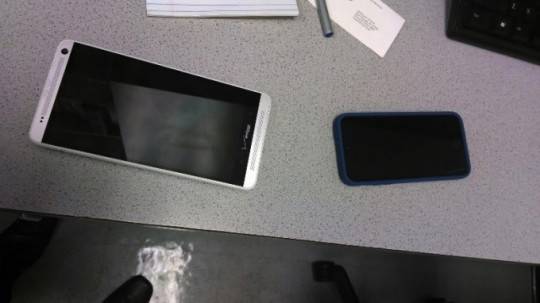 Of course, all availability and pricing details of the One Max are still up in the air, so we’ll have to wait for HTC to finally reveal the device to the world, all in its own sweet time. Which may not be that long a wait as the phablet is rumored to make its formal appearance next week.