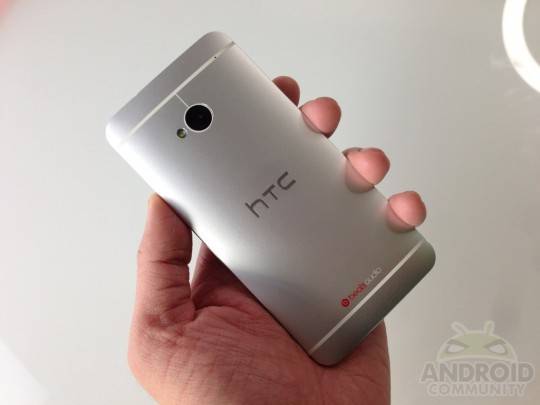 When HTC announced their new flagship smartphone back in February it was revealed to be headed to all major US carriers, but Verizon. Originally we were surprised to see them left out, but it looks like Big Red’s luck could be changing. Today we’ve confirmed from sources close to the situation that the HTC One will indeed launch on Verizon. It just might be a few months later.

After initial leaks and rumors suggested the HTC One would be launched globally on all carriers, including Verizon, we were shocked to see them not included. At the same time we’ve seen Verizon turn their heads to popular smartphones in the past, so at this point nothing would really surprise us. It recently appeared in a Bluetooth verification for Verizon, and we know a red version is coming – so it’s all lining up.

It turns out that Verizon will get the prized HTC One smartphone in all its glory. What’s even better is they won’t be changing the design, or the name. It will simply come in the exact same (and beautiful) form and be called the HTC One. No DROID branding here to follow up the DROID DNA or DROID Incredible 4G. So what gives? Just like updates and everything else from Verizon it will be a few months late.

According to our sources, as well as independently confirmed by AllThingsD, the HTC One will hit Verizon Wireless a month or two after the initial US launch by AT&T and T-Mobile. This means all major US carriers will be carrying the new flagship device, which should hopefully help save the ailing companies current downward spiral. This is good news for HTC, Verizon, and One fans as we should also see timely updates from all carriers. That’s another story on Verizon altogether though.

It would appear that the One should be able to give the Galaxy S4 a pretty good battle on all carriers, and hopefully from a marketing standpoint too. Now HTC just needs to fix those rumored Ultrapixel camera shortages and get this device in the hands of customers worldwide. Stay tuned for more details, and we’ll report back as soon as we get additional details or a possible release date.