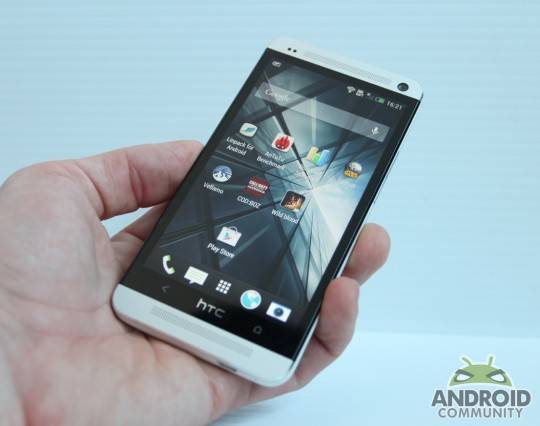 The HTC One Android 4.3 rollout began earlier in the week with reports of the update already arriving for those in Taiwan. The same day the update began, Jason Mackenzie had taken to Twitter with news about how that same 4.3 update would be heading to the Developer Edition model of the One. Well, that update arrived yesterday and in fact, HTC has gone a step further and also released the files on the Developer Center website.

The file measures in at 1.1GB in size and brings everything you would need to manually update (or restore) your Developer Edition HTC One. This is Android 4.3 with a build number of 3.22.1540.1 and it is all nicely packaged for download in a zip file. Alternatively, HTC also has a similar zip file for Android 4.1.2 if for some reason you are not happy with the way things are going with 4.3.

Anyway, the file is available form the HTC Developer Center website at www.htcdev.com and those heading in that direction should look for the listing labeled; One, Brightstar US, WWE, zip, 3.4.10, v4.3.

Otherwise, in addition to that earlier talk about the non-Developer Edition models of the HTC One getting Android 4.3. Aside from Taiwan, Mackenzie had also said this update would be heading to those in the US and Canada soon. The timeline for Canada was listed as being by “months end” and the timeline for those in the US was a bit more general.

In terms of the US, Mackenzie said they were working hard and remained “optimistic” for US carrier certification. Basically, it sounds like HTC has the Android 4.3 update ready for those in the US, but we remain waiting for the carrier approval. No word on when that may arrive and at present, the individual US carriers have yet to come forward with any sort of timelines.

In the end, while device subsidies are nice, just like the Nexus devices, HTC has shown one positive perk that comes with buying a Developer Edition handset — quicker updates.