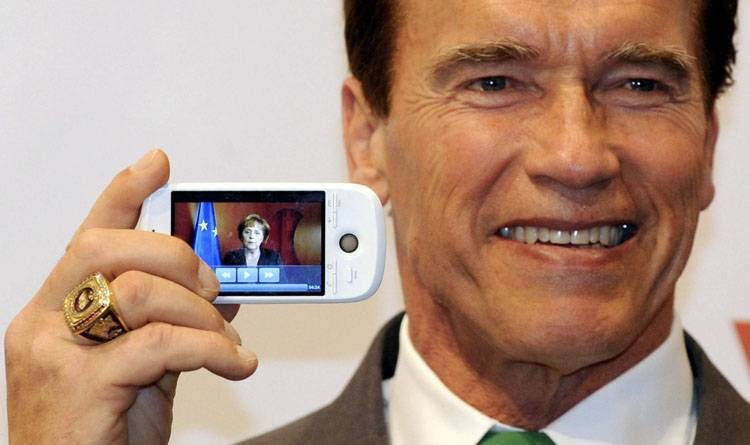 The Magic – which is dwarfed in Arnie’s hefty paws – is obviously one of the pre-production prototypes we saw at Mobile World Congress last month, as it has the old button design.  He seems particularly pleased with the new video player app, which unlike the T-Mobile G1 will come preinstalled on the HTC Magic.

Honestly, this photo is calling out for a caption-competition.  I’m having to strongly resist all of the obvious puns.