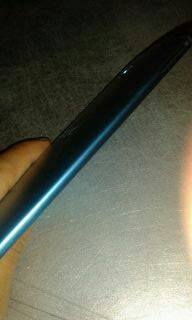 Now that HTC has seemingly laid out all its big cards on the table, with the somewhat disappointing HTC One Max rounding up its roster, it’s almost time to slowly start the rumor mill on the company’s next flagship. This pair of leaked photos from VR-Zone’s Chinese site reveals what may be the HTC M8 sporting a rather different frame design.

The HTC M7 was the codename used for this year’s HTC flagship, which was released as the HTC One. The HTC M8, then, is expected to be next year’s star. Very little is known about it so far, with most of people’s attention being diverted to the HTC One Mini and the HTC One Max, which came out late and came out weak. One thing we do know, however, is that like the HTC One Max, the HTC M8 will not be carrying Beats Audio due to the two companies’ recent falling out.

These photos of what is supposedly the HTC M8 show that next HTC flagship will look radically compared to the HTC One and its siblings, at least from the sides. Instead of the signature “sandwiched” appearance on its current flagship, the HTC M8 will be fully enclosed by a metal body. The images also reveal a slight light blue tinge to the frame, though that is no indication that it will be the final color of the device. 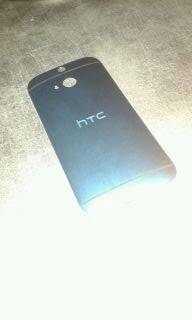 Another curiosity that can be found from the photos is a smaller hole right above the camera lens. It would be an awkward position for a fingerprint sensor so some theorize that it is another rear camera, for whatever purpose that might serve. Of course, even if the photos were the real deal, we can expect the design to still undergo a few iterations, or maybe even a complete revamp, until the phone gets ready for another round of pre-announcement leaks.