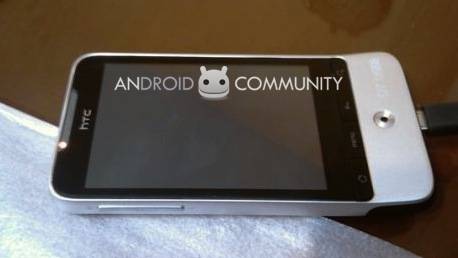 The HTC Legend seems to have gained a taste for the camera; after being spotted in the wild yesterday, we’ve now had another leaked photo of the Android smartphone drop into our inbox.  From this side-on view, the slab-sided thickness of the Legend is on show; it looks a little chunkier than the HTC Hero.

Update: Picture looks to have come from @Xmoo on Twitter; thanks @ardoudwokke for the heads-up

As for performance, the optical mouse apparently works well and the AMOLED display is particularly impressive, but otherwise it’s pretty similar to the Hero.  Incidentally, a March 2010 release date for Android 2.1 for the Hero was mentioned.