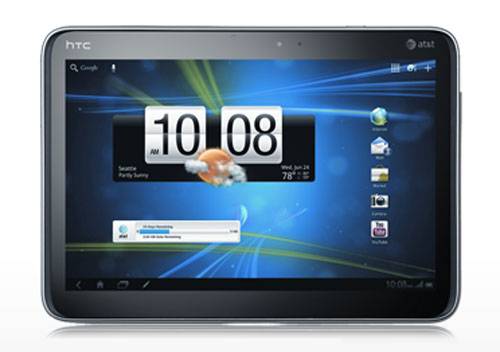 Last week when the AT&T Jetstream broke cover at IFA I mentioned the pricing of the tablet and ran down the specs. The price was certainly a lot of money, but if you can bring yourself to spend that much loot the Jetstream is now available. I am still surprised at the pricing; this is not the way to get people to buy a new Android tablet instead of the iPad 2 or other offering. It’s really too bad because the Jetstream seems to be a really awesome tablet on paper.

AT&T has listed the price of the Jetstream with no commitment at $849.99. That means you don’t have to have the 2-year data plan. If you want that 2-year plan on data for the tablet, the price is $699.99 and then you have to spend at least $35 monthly for data access. By comparison, the 16GB iPad 2 is $629 with no data commitment, the 32GB version is $729.99, and the 64GB version is $829 and the data plans are cheaper with the iPad starting at $14.99. Pay as you go data plans if you choose the no commitment pricing on the Jetstream may be lower and more in line with iPad offerings

The Jetstream does give you some nice hardware inside with HSPA+ and 4G support, a 1.5GHz Qualcomm processor with dual-cores, and an 8MP rear camera with 1.3MP front camera. The battery inside the Jetstream is 7,300mAh and the tablet has a 10.1-inch screen. It runs Android 3.1 and will support both touch input and the Scribe digital pen that is bundled with the tablet.