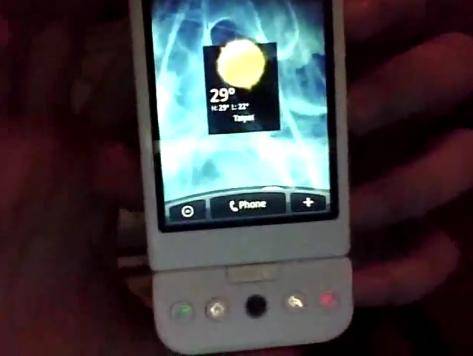 Master ROM-fondler Haykuro has done it again, and delivered a video of the HTC Hero Android build running on a G1.  Over six minutes long, the video shows more of the new homescreen, together with a changed QWERTY on-screen keyboard and a new Twitter app.

The ROM seems to use a combination of standard Android code and HTC’s own amendments.  We saw screenshots of some of these last month, including the new PMP, browser and other TouchFLO 3D-inspired tweaks.

The Hero itself is tipped to launch midway through 2009, so we could be looking at a fairly imminent release in Europe at least.  Check out the recently-leaked video promo for the phone here.