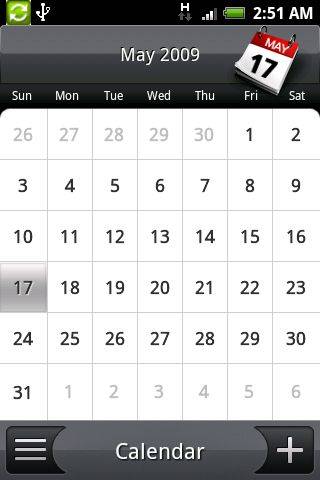 Firmware from the HTC Hero has leaked, and been installed on the HTC Dream (aka T-Mobile G1).  The new firmware shows a refreshed GUI with hints of HTC’s own TouchFLO 3D interface incorporated, and has been liberated by Haykuro of the xdadevelopers forum.

What’s so-far unknown is whether any of these visual changes will make their way into Android 2.0 Donut, or if they’re all HTC’s own work.  The HTC Dream in the video below is running OS 1.5 Cupcake, certainly.  Right now, all of the main Google apps work, and there are some new additions such as the redesigned calendar

There also looks to be Flash support in the browser and new social networking additions, including Twitter and Facebook apps.  While originally Haykuro had said that he wasn’t at liberty to release the update for general download, there’s now talk that it will be made available for those who have root access on their Android handsets.