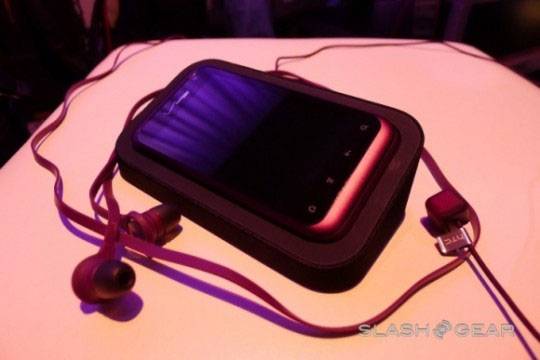 HTC has announced a tie up with a popular cloud storage service called Dropbox to bring users more storage space. The partnership between the two will see new HTC users get 5GB of free Dropbox storage space to use for storing whatever files or media they want. That 5GB of storage is over twice the normal amount of storage that Dropbox offers for free.

The free storage service will be offered on the newest Android handsets from HTC. One of the handsets that will get the 5GB of Dropbox space is the new HTC Rhyme that launched this week. The Rhyme runs Sense 3.5 and as more devices are launched using Sense 3.5 they will all get 5GB of space from Dropbox. The cool part is that the user will be able to shoot a photo on the smartphone and then the phone will be synced to any other devices the user has running Dropbox software like their computer.

Pocket-lint points out that the Dropbox deal may not make it to the Windows phones smartphones that will be coming. The HTC source apparently noted that WP7 has a similar offer backed in with Skydrive. Skydrive is offering 25GB of free storage space. At this time, we still have no idea if HTC will be upgrading older handsets to Sense 3.5 allowing them access to the cloud storage.