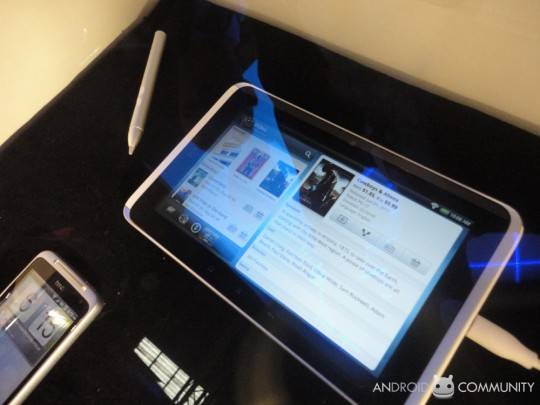 HTC Flyer fans, you’re wait is nearly over. As we reported here, Best Buy is now making it official with preorder details and pricing. Beginning on Monday, April 25, 2011, you will be able to pre-order the WiFi version of the Android Tablet for $499 through the Best Buy website. One thing though, the Flyer will not come with Android 3.0 (Honeycomb), but has Android 2.3 (Gingerbread) preloaded instead, with HTC Sense. Google hasn’t made Honeycomb available just yet to HTC. And it may not, since we reported last month that Google is requiring separate license for the Honeycomb OS and is blocking updates from all Android 2.x tablets.

It’s unclear if Google just isn’t ready to release the OS to HTC or if licensing issues will prevent it. But that would be a blow to what has been a very hyped up tablet which users are waiting to get their hands on. In the same article mentioned above, however, it says that only certain models of the HTC Flyer will be prevented from getting a Honeycomb update. So it may prove wise to wait on ordering until the situation clears itself up.

The HTC Flyer is a unique design which goes back to using a Stylus thanks to it’s Scribe technology. It’s power by a single core 1.5GHz Qualcomm processor, and a 7-inch screen with 1024 x 600 resolution. It can store plenty of data on it’s 16GB of internal storage, which can be boosted thanks to it’s microSD card slot. The Flyer will be in stores by May 9th.