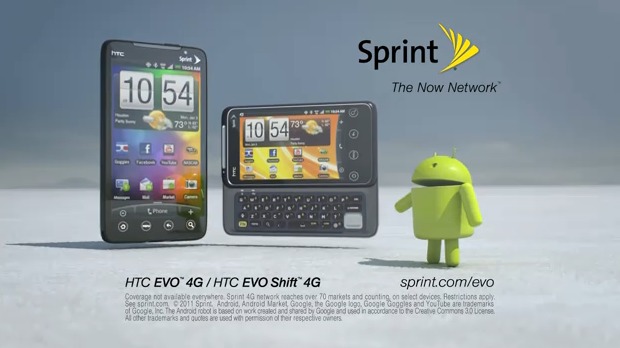 You’ve seen it, right? That commercial with the gigantic text sitting around in a Madonna’s “Frozen” landscape, a little Android character zooming around via its foot cannons. That’s the one. That commercial is being re-released to the world with one addition: HTC EVO Shift 4G plopped down at the tail end. Looks cute!

You’ll see essentially the same commercial you’re used to at the beginning, with the payoff at the end, “a smaller EVO with a slide-out keyboard.” A lovely animation ensues. I wonder who animates these commercials – anyone know?