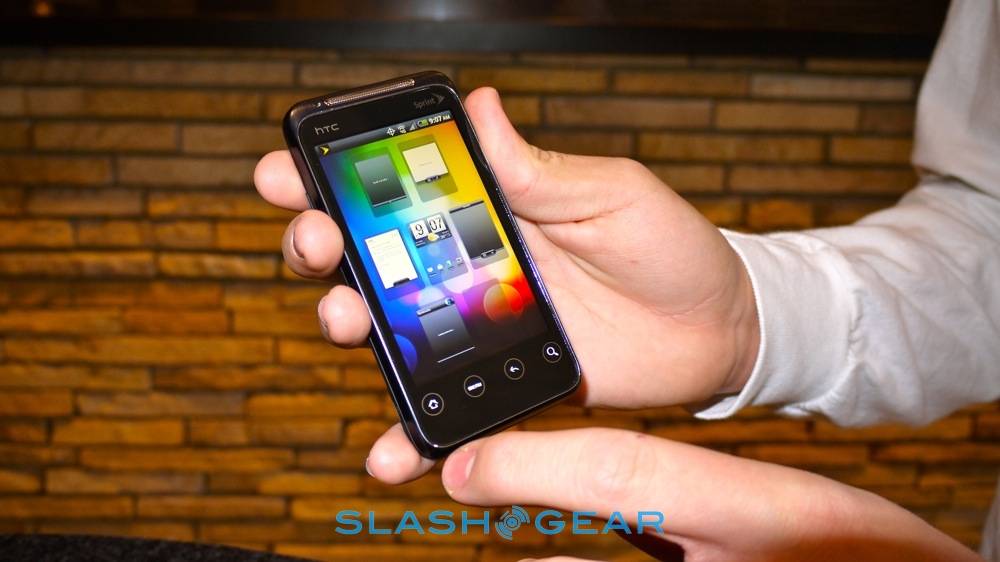 After much anticipation and press time, the HTC EVO Shift 4G has been announced to the masses at CES 2011. We have gotten our own review unit and have shots of the device as well as an unboxing after the break.

The HTC EVO 4G is being advertised as “not the next generation of EVO, but a 4G evolution for the masses.” Sprint expects this to be their device that will get 4G to more basic users all while bringing in the simplicity and elegance of an HTC device.

Being essentially a smaller, less powerful, EVO 4G with a keyboard, the device is initially proving to be very impressive. Even though it’s sporting a 800MHz chipset, the newly architectured chip provides EVO 4G like speed for the smaller device.

The Shift has a 3.6-inch screen which seems to be the perfect fit for the device. It’s running incredibly fast when connected to Sprint’s 4G network, and the whole OS seems to run with a fluidity that hasn’t been seen in phones of its price-range.

The phone has now been officially announced and will retail for $149.99 when its made available later this month.