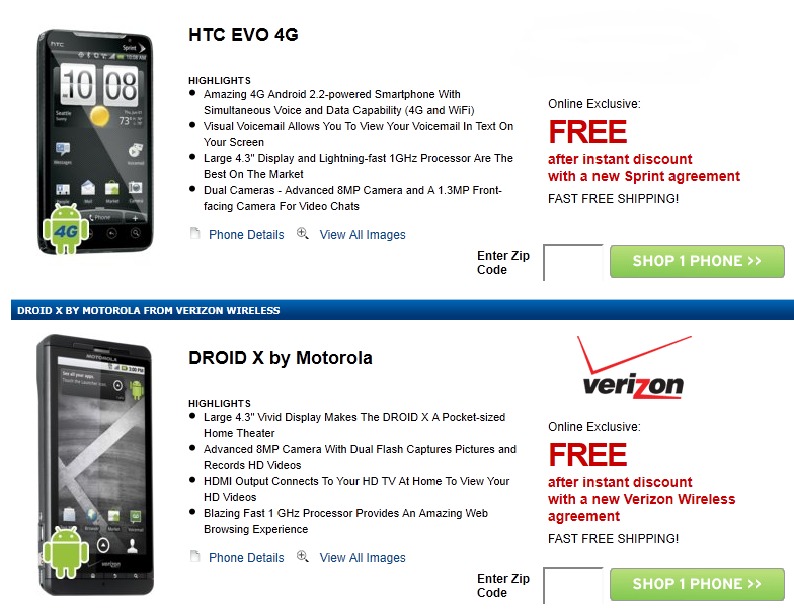 Wirefly is known for doing these sorts of deals so this shouldn’t be all that new to anyone. Wirefly adds phones to the list of FREE devices almost every week and in case you miss them, I’m here to remind you. Last week they had the Thunderbolt for $99, and this week they have some top-tier phones all for free and they include: HTC EVO 4G, Motorola Droid X, Droid 2 Global and more.

Like we said these deals aren’t anything new, as they are going on all the time just head to Wirefly and check out the free list. The small catch is these deals are for New members only that sign a new 2-year contract. Some even come with free activation and that is even more of an added bonus. Saving money is always a good thing right guys?

Personally the best deal looks to be that Droid 2 Global or the EVO 4G. The Droid 2 Global is great for any business people that travel a lot and getting it for free is just icing on the cake. Although the Droid 3 was just released over on Verizon so users that want a keyboard might want to snag that instead of the older Droid 2, but then you will be paying for it of course. As always keep your eyes on Android Community for Android news and deals.