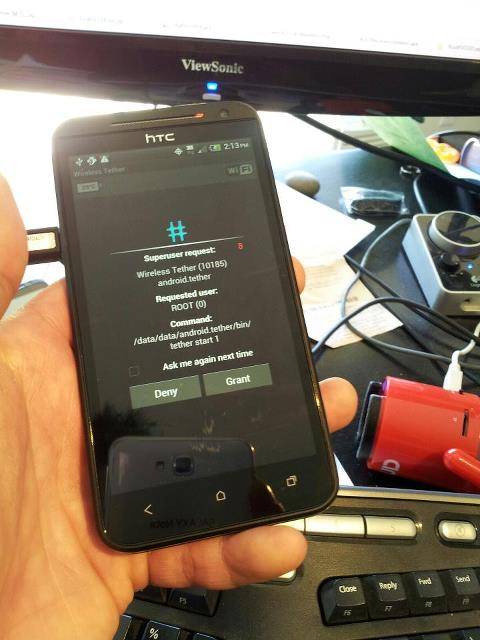 It’s a rite of passage for just about every major Android device, the capability that separates Android from lesser platforms (which will remain nameless here). And now the much-delayed HTC EVO 4G LTE, in all its acronymical glory, has root capabilities. You can send your thank-you notes to XDA Developers member ZedonMax, who posted the exploit first and also provided these pretty pictures.

The process is about as easy as it gets on Android: just set your phone to USB debugging, install the relevant software drivers and run the batch file provided in the XDA thread. Bingo, you’re ready for tethering and overclocking to your heart’s content. So far no serious problems have been reported, and the method works for Windows, Mac and Linux PCs. If you’re on Windows, just make sure to download the correct 32-bit or 64-bit drivers. Interestingly, this is exactly the same method as was used for the ASUS Transformer Prime.

And if you should mess up (and if you’re a regular modder, odds are pretty good that you will eventually) there’s already an RUU available. RUU stands for “ROM Update Utility”, and it’s HTC’s version of Odin or SBF for Samsung and Motorola, respectively. If you should find yourself in a boot loop, just plug your phone into a Windows PC, run the RUU (see the forum for the file) and you’re back to stock.