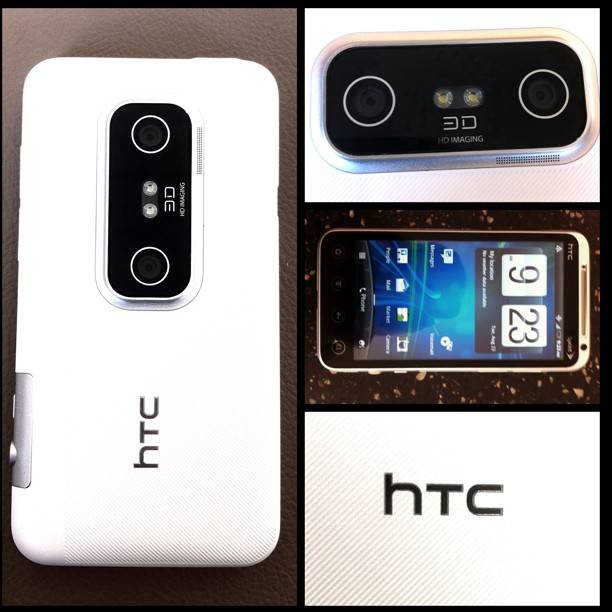 RadioShack today has announced they will be launching the popular glasses-free 3D phone the HTC EVO 3D come September 9th, and it will be dressed in White. We saw the original EVO 4G get a similar make over but the entire device wasn’t changed and mainly just the back cover. This time around the entire phone will get spiced up, that includes the camera bezels and everything. What do you think?

It does look nice don’t get me wrong, I just don’t see the point in going through all the trouble to make and launch a white version. To each his own I guess. This isn’t the first White HTC EVO 3D to hit the streets either. Thanks to a daring XDA member we have seen this before as a few have torn down their own EVO 3D’s and added some flare of their own. Here are the details and pictures of his White EVO 3D.

Today over on Twitter @RadioShack made the announcement for the White HTC EVO 3D and they’ve also updated to tell everyone that this will be available come September 9th. So either you can do this on your own using the pictures for the DIY job linked to above, or just wait for RadioShack to take care of it for you in a few more weeks. What does everyone think about the White EVO 3D? Would you specifically wait a few weeks to buy one or only snag it if you happened to see it in stores?