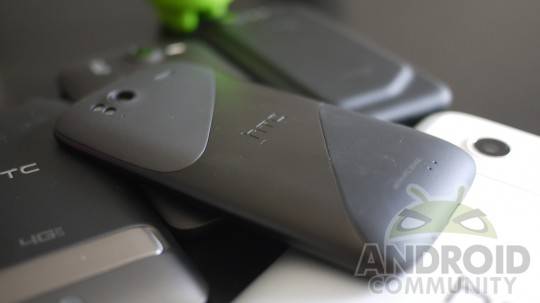 If you’re still drooling over early leaks for the HTC Edge and HTC Ville, prepare to shift your desire to another device entirely. BGR quotes anonymous insiders saying that the HTC Elite, an EVO/Titan-style flagship device for the company, will launch in April of 2012 on AT&T. “Elite” may be a codename for the device, with “HTC Congressional” serving as the final release name. The senator from Taiwan has the floor.

The source didn’t have any specification information for the Elite, though they did mention a 4.7-inch LTE Window Phone for AT&T set to debut in February. If the Elite is indeed a flagship, it would have a large 720p screen, possibly Super AMOLED, and either a dual-core or quad-core processor of at least 1.2Ghz. Beats Audio is almost a given for a high-end HTC Android phone, and the Elite would probably be the first phone in the US to receive HTC Sense UI 4, the comapny’s Ice Cream Sandwich version of its Android customized build. If it’s coming to AT&T at a high price point, LTE seems probable.

All this is speculation at the moment, but HTC’s business trends indicate a Sensation-style headline platform is due for 2012, and this could be it. The Elite may find its way to other markets under similar branding – indeed, the HTC Edge could be the very same device, since AT&T has a habit of renaming phones for their network to give the illusion of exclusivity (see the LG Nitro HD, AKA the Optimus LTE). BGR also reports that HTC will be releasing fewer total phones in 2012, focusing on better individual products in the wake of some depressing earnings reports and bleak Q1 2012 forecasts.

Expect appearances by the Elite, Edge, Ville and other rumored HTC phones at CES in January. Android Community will be there in force.