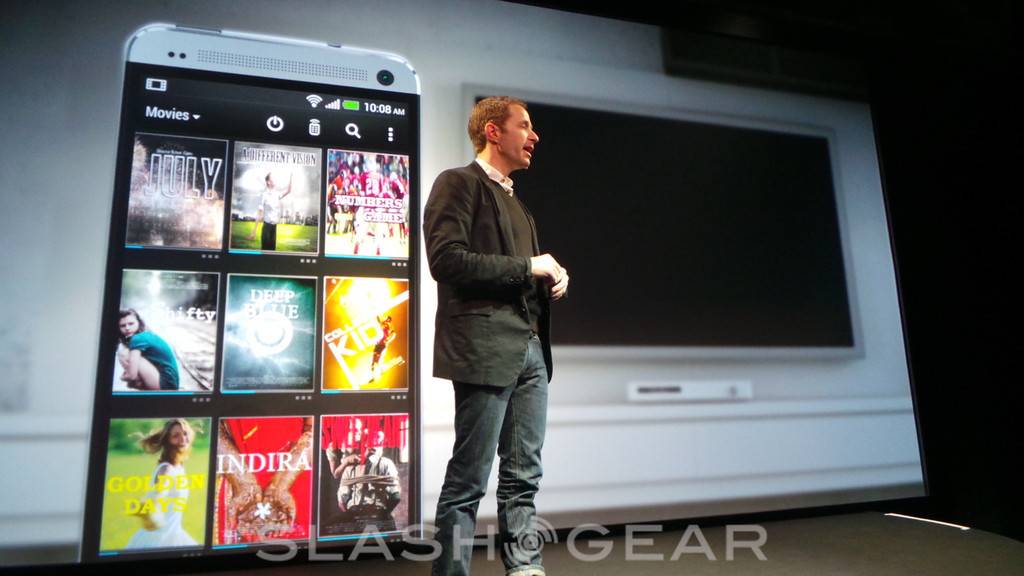 Today HTC has just unveiled their new smartphone, the HTC One. Today’s event is finally under way and the folks from HTC are sharing all sorts of exciting and fun things. While they’ve already announced an all new device, a redesigned and useful “new Sense” and more. We’ve now learned part of that new Sense experience includes what they’re calling Blinkfeed, and the new Sense TV. More details below.

For starters, as you’ve seen in all the leaked images over the past few weeks as well as our official press images from earlier today, the front of the device is covered in little tiles. Think of these as content creators. HTC has over 1,400 content providers on board to deliver live updates right to our homescreens. Think of this almost like Flipboard, only for HTC devices.

Or if you really want to get specific, LiveTiles like Windows Phone 8. It’s a great idea and is a collection of widgets sharing information on sports, stocks, news, and anything else. Almost like Google Now, only right on your homescreen. This is called the Blinkfeed. You can check it with the blink of an eye from the elevator, or anything else for that matter. We’ll have more details on this shortly.

Then they’ve just announced Sense TV. And just as you expected, let’s you control your entertainment center with the One. Yes it has an IR Blaster! I feel like I’m talking about Neo from the Matrix by calling it — The One. Basically you’ll be able to share anything on your display to your HDTV with ease using the new Sense TV. As you know, this is all happening live on stage so we’ll report back with more details soon. Stay tuned for our hands-on pictures and video!