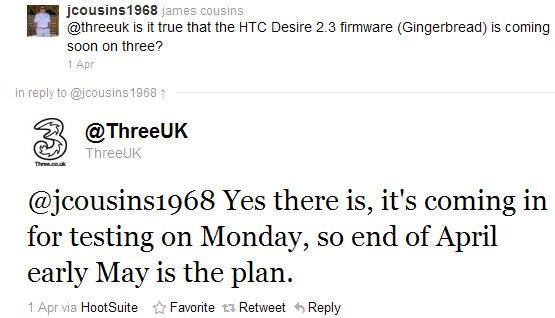 Back in February, we reported that HTC was bringing Gingerbread to their HTC Desire line in the second quarter. Well it looks like they’re ahead of schedule, at least in Europe, because a representative from ThreeUK has tweeted that they’ve begun testing Gingerbread today for the HTC Desire and should have it would at the end of the month or early next. That could make a sunny Spring for Brits who were looking to wait until at least summer for their gingy goodness. The update also looks to be coming to Desire owners in Sweden around the same time.

But what may cause some concern is the amount of internal storage space the Desire has to accommodate it. Users who have a lot of apps or games may find they have to make a choice. The solution suggested by some is to root your Desire in order to, install apps directly onto the SD card. Users can also get rid of the junk like the UI and go with a pure Google experience and save some space to boot. 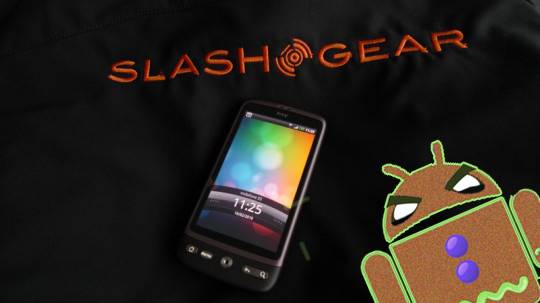 And there’s also the relative age of the Desire. Could it be that while users desire Gingerbread, they may be pushing the hardware past the limits of an enjoyable experience? That was the main beef iPhone 3g users had when iOS 4 came out, rendering the 3g albeit unusable. Sometimes too much of a good thing pushes the envelope too much.