Building up the momentum leading to the Mobile World Congress next week, HTC posted several shots of its upcoming Desire 8 on the Chinese social networking site Weibo. And even while doing so it managed to keep everything else about its next mid-range phone still under wraps.

Earlier this week, HTC already posted a photo teaser of the HTC Desire 8, leaving us to try to fill in the gaps in our knowledge with previous rumors and leaks. Now, the manufacturer is once again trying to make Desire fans drool a bit more, with not one but three press photos, this time showing off a bit more color, not to mention pixels, than the last. 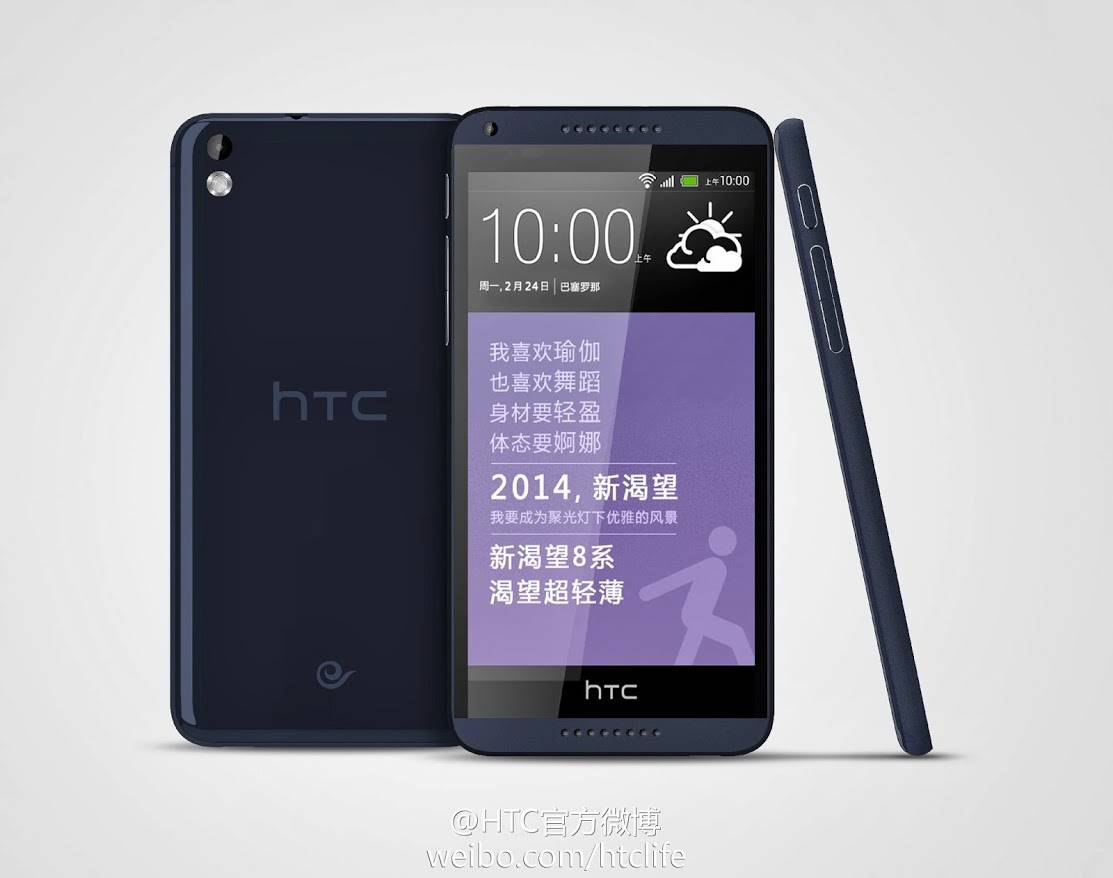 We do already know what the HTC Desire 8 looks like and, at least based the photos, what it will be made of. But now HTC is, for the first time, revealing a new color for the smartphone. Along with the usual white, it seems that the Desire 8 will also come in what looks like a very dark shade of blue. And there doesn’t seem to be any black shade in sight. A rather interesting, if not strange, move. Although considering how there seems to be a resurgence in offering multiple color options lately, there might be a good chance that there will be other choices available during or after launch.

HTC isn’t saying much else with these photos. What it has to say, it is reserving for the big event coming next week. As indicated, HTC will be fully unveiling the Desire 8 in Barcelona at MWC 2014, along with a smartwatch or two or three.