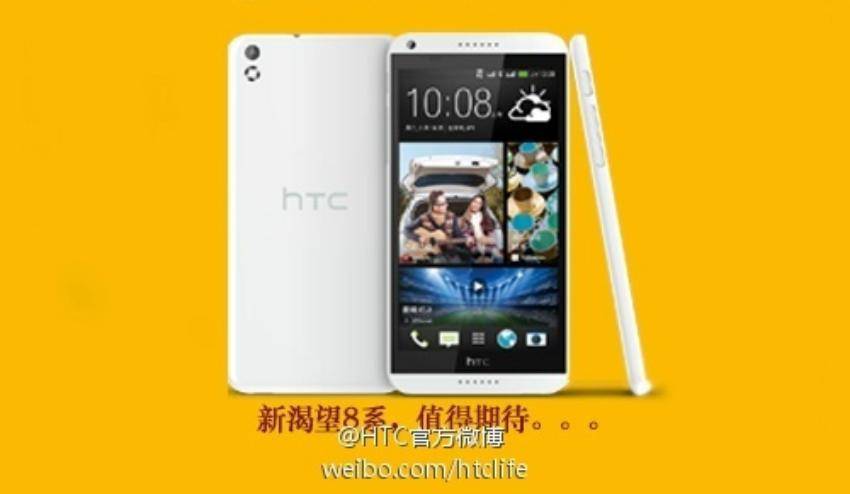 We’re still a bit thin on the details but at least we now know what the upcoming Desire 8 truly looks like. This somewhat official confirmation comes straight from HTC‘s Weibo account and looks no different from an image that was leaked just a few days ago.

With all the attention being showered on HTC’s next flagship, it is understandable that the company’s middle line would be left out of the spotlight.  But for those more interested in a smartphone that’s just “good enough” and bears HTC’s mark, the next member of the Desire line might just do the trick.

HTC has had serveral Desire devices, the most recent of which bore model numbers in the three-digit range. In that sense, the rumored Desire 8 is a departure from that naming convention. Though, of course, names are fair game until the last minute. The HTC Desire 8 is also believed to sport a 5.5-inch screen though the resolution is still unknown. 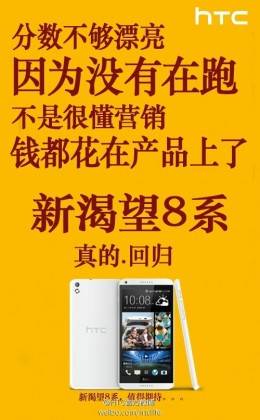 Following on the heels of a leak last week, HTC posts on its Chinese social networking account a teaser for the Desire, accompanied by a rather strange, almost apologetic text. If this post is the real deal and not just a bad joke, then we have practical confirmation of the rather plastic design of the Desire 8. So, too, do we have visual confirmation of the camera placement, both rear and front.  Hopefully the rumor of a March announcement for the HTC Desire 8 also match reality as well so that we can finally see what this smartphone really has to offer.