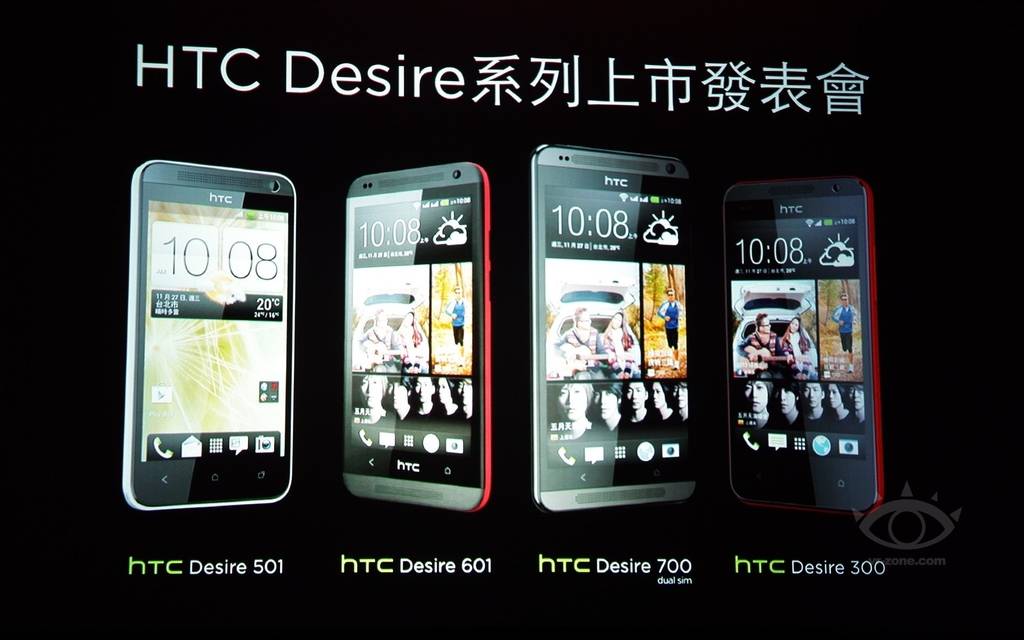 HTC may be taking a hard hit in the US market, but it certainly isn’t slowing down in its home turf. The Taiwanese phone maker has just announced not one but four HTC Desire smartphones for that market, namely, the Desire 700, the Desire 601, the Desire 501, and the Desire 300.

If some of these devices sound familiar, it is because HTC has already showed them to the rest of the world. In particular, the Desire 601 and Desire 300 were first announced last September at the IFA trade show in Berlin. The Desire 600 was advertised to bring some of the HTC One’s features to a mid-range smartphone. The Desire 300, on the other hand, is an entry-level device that was also offered exclusively from Australian company Telstra.

New to our ears is the Desire 700 which, like the Desire 601, comes in a dual SIM configuration. This smartphone runs on a 1.2 GHz quad-core Qualcomm Snapdragon S4 and has been outfitted with 1 GB of RAM and an 8 GB internal storage. While it does have a 5-inch display, pixel resolution is rather low at 960×540. Rear and front-facing cameras are set to 8 megapixels and 2.1 megapixels, respectively.